From Simple to Complex: An Emergency Alarm For Every Situation | 2022 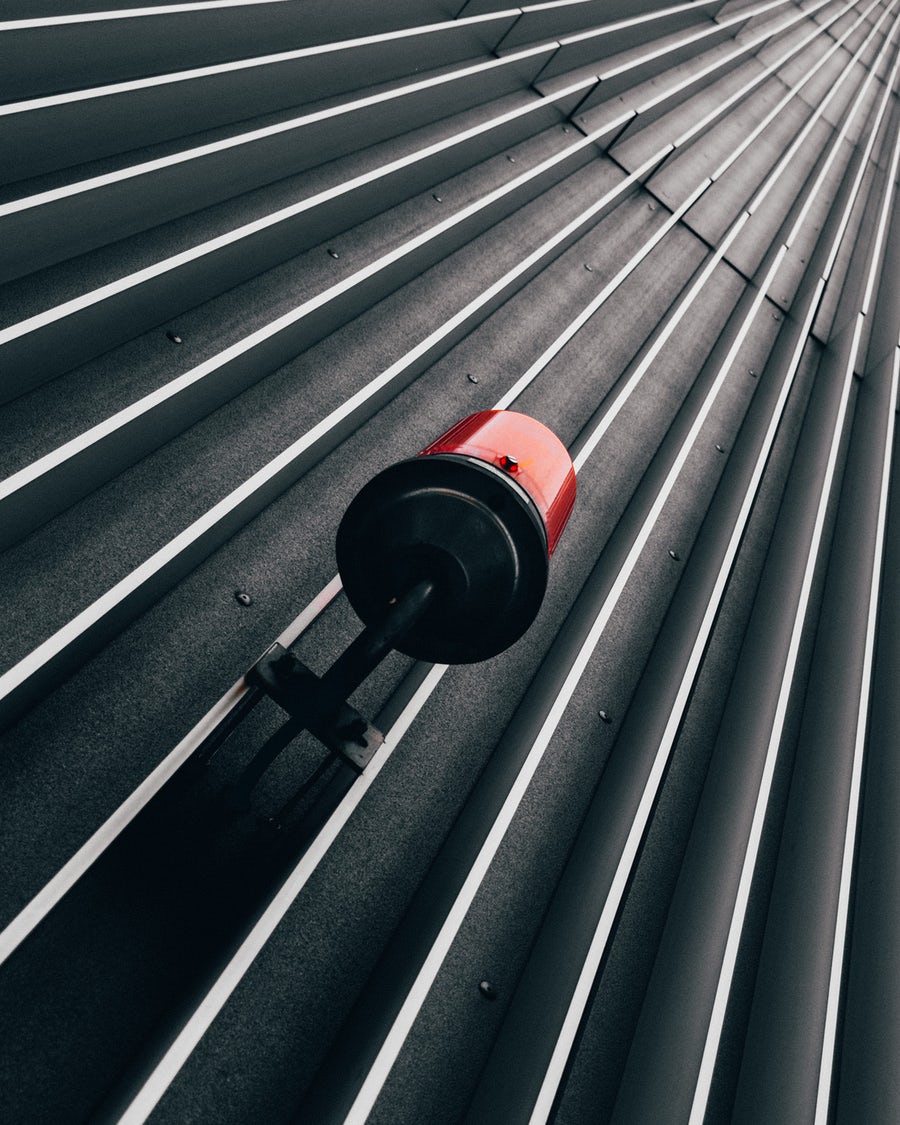 Alarms are an important part of everyday life. Most of us start the day waking up to our alarm clocks. Breakfast, lunch, and dinner call to you when the microwave or stove sounds an alarm as the timer reaches zero. When you hear the horn-like alarm of a car or truck on the roadways, you have probably made a mistake in changing lanes. And if it has ever happened to you, you know the unmistakable feeling of being caught by a police car’s red and blue alarm lights if you have been caught speeding on the freeway on the way to work!

For good or bad, alarms have an important use for us in our lives: to notify us when it is time to take action. This action can be as simple as turning off a clock timer, as critical as waking up to the sound of your smoke detector so that you can evacuate your home in the case of a fire, or as essential as evacuating at the sound of a tornado siren. The choice to act at the warning of an alarm can mean anything from being late to school or work, burning the cookies in the oven, or saving your life in case of an emergency. Alarms are rarely a waste of time, however expected or unexpected they may be.

Perhaps four of the most important alarms you should respond to are your home’s smoke and monoxide alarms, your home alarm, and your local broadcast alarm system in case of regional weather or natural disasters. You may see a hurricane coming and have time to act appropriately, but theft, fire, and gas leaks will probably come as a complete surprise. Do not be “alarmed”, however! Understanding your alarms and what to do when they signal is the key to protecting the things and the people you love most. 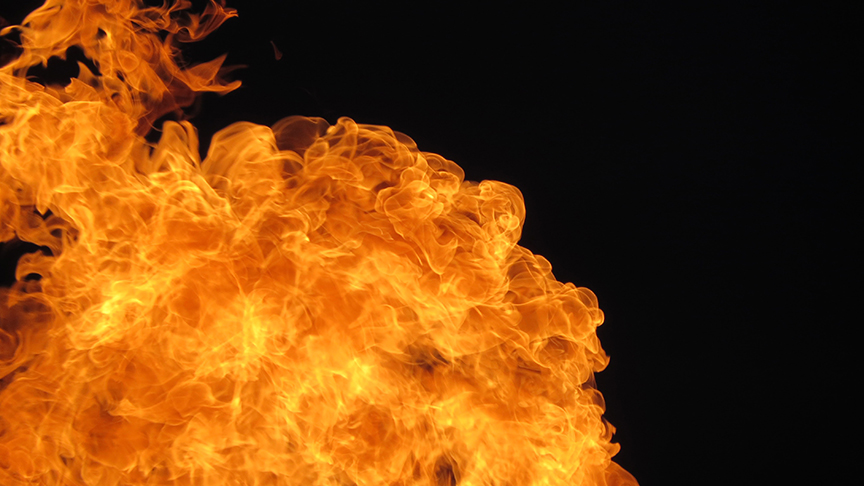 The Front Line of Fire Safety

You may have heard this old adage before: “Where there’s smoke, there’s fire.” If this is ever literally true in your home, there is no doubt you want to be warned about it the moment it starts. These devices are (and should) be common in every household; these are usually small disk-shaped pieces of equipment that hang from the ceiling. While their obvious installation points should be near areas that are susceptible to flame (such as electrical boxes, water heaters, or furnaces), they should also be installed at every level of your home, from the basement to the attic. Install them in bedrooms and hallways near bedrooms, as the majority of deaths to fire occur at night during sleeping hours. In this way, when one sounds, it will help you pinpoint the source of the fire and either combat it or evacuate safely. You can then contact your local fire department through 911 to save your home.

FEMA, or the Federal Emergency Management Agency, gives a collection of useful infographics on their website at usa.fema.org. Among the advice they give about smoke detectors include the following: 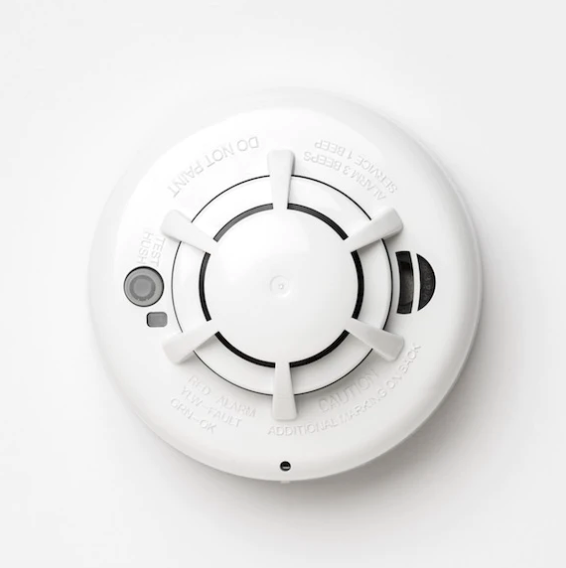 Smoke detector systems such as those developed and available at CoveSmart.com wirelessly connect to a central control panel that makes testing simple and easy. It even includes regular automatic testing that will warn you if battery power is running low. For $30 dollars each, Cove makes protecting your home from fire affordable. Better yet, our expert customer service will help with your installation process if you have any questions; every employee on staff is trained on all functions of our products. Before you call our telephone number below, however, we will discuss additional security gear you can use to protect your home. 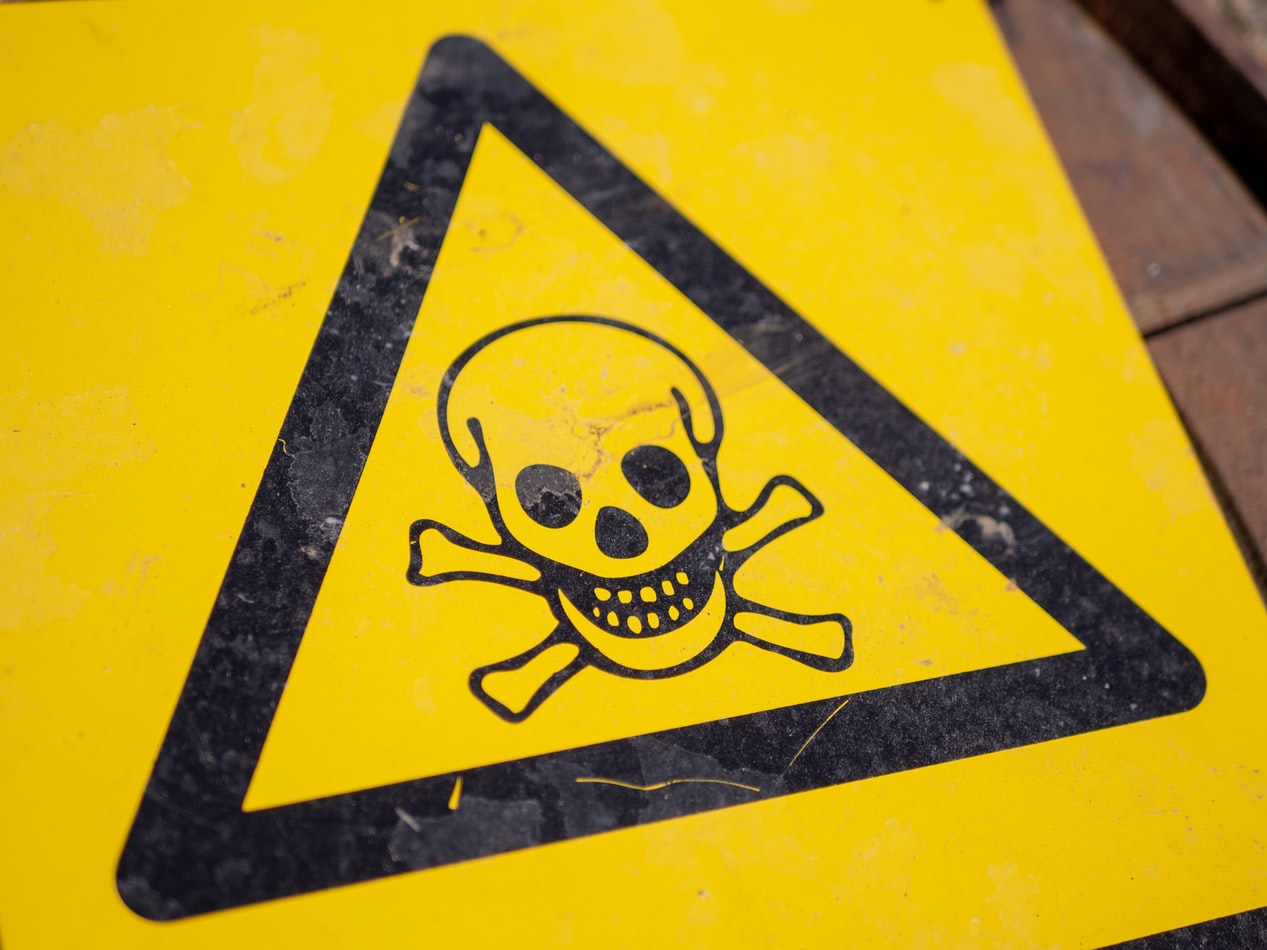 An Invisible And Life Threatening Gas

Wherever gas is burned and fires are fueled, no matter how seemingly “controlled”, there is always a hidden danger waiting to strike homes and rooms with little ventilation. Odorless and colorless, carbon monoxide, or CO, is a dangerous gas that can cause a number of symptoms and health problems in those that inhale it, up to death with enough exposure. This gas can come from engines or gas-powered generators used in enclosed spaces like garages, broken or leaking fuel lines, and improperly maintained furnaces. For such a simple chemical compound, its negative effects can be devastating.

Unlike smoke inhalation and fire, CO’s invisibility is its most nefarious characteristic. Like smoke, however, CO is excellent at catching families by surprise, especially when everyone at home is asleep. According to the CDC, 400 Americans die each year from accidental poisoning and over 200,000 are hospitalized. The ones most vulnerable to the gas’s effects are infants, the elderly, and those with health complications like heart disease or asthma.

The very first thing you should purchase for your home is a CO detector. Just like a smoke detector, a CO detector is best placed near bedrooms at least five feet off of the ground. CO is a neutral-density gas, meaning it doesn’t immediately flow upwards like hot gases or smoke. Despite this, it is wise to have such detectors on every floor of your home, and if they can be linked wirelessly, they can warn you and your whole family whenever it detects CO building up anywhere in your home.

Other solutions to keeping your home free of CO are:

Too many sudden tragedies have occurred because of accidental exposure.You can never be too careful when it comes to carbon monoxide.

If there is anything that can shatter your confidence in the safety of your home, it is burglary or a break-in, especially if it happens when you are home. Chances are, however, that you won’t be: the majority of burglaries happen between the hours of 6 A.M. and 9 P.M.. Home surveillance systems provide the greatest deterrent to property crime, but in the United States, only 17% of homes have some form of alarm systems in place.

The main issue stopping people from purchasing home surveillance is the price. Installation appears to come with a hefty price tag, not to mention the monthly cost of keeping the system active. It is true that while the average company does offer complete surveillance and alarm packages, they can certainly wipe out your wallet awful fast. But there are also companies like Cove that provide high-tech security alarm hardware that you can install yourself.

If you have never looked into modern home alarm devices, here are a few you may consider purchasing:

You will no longer have to be afraid inside your home so long as you have the right tools! 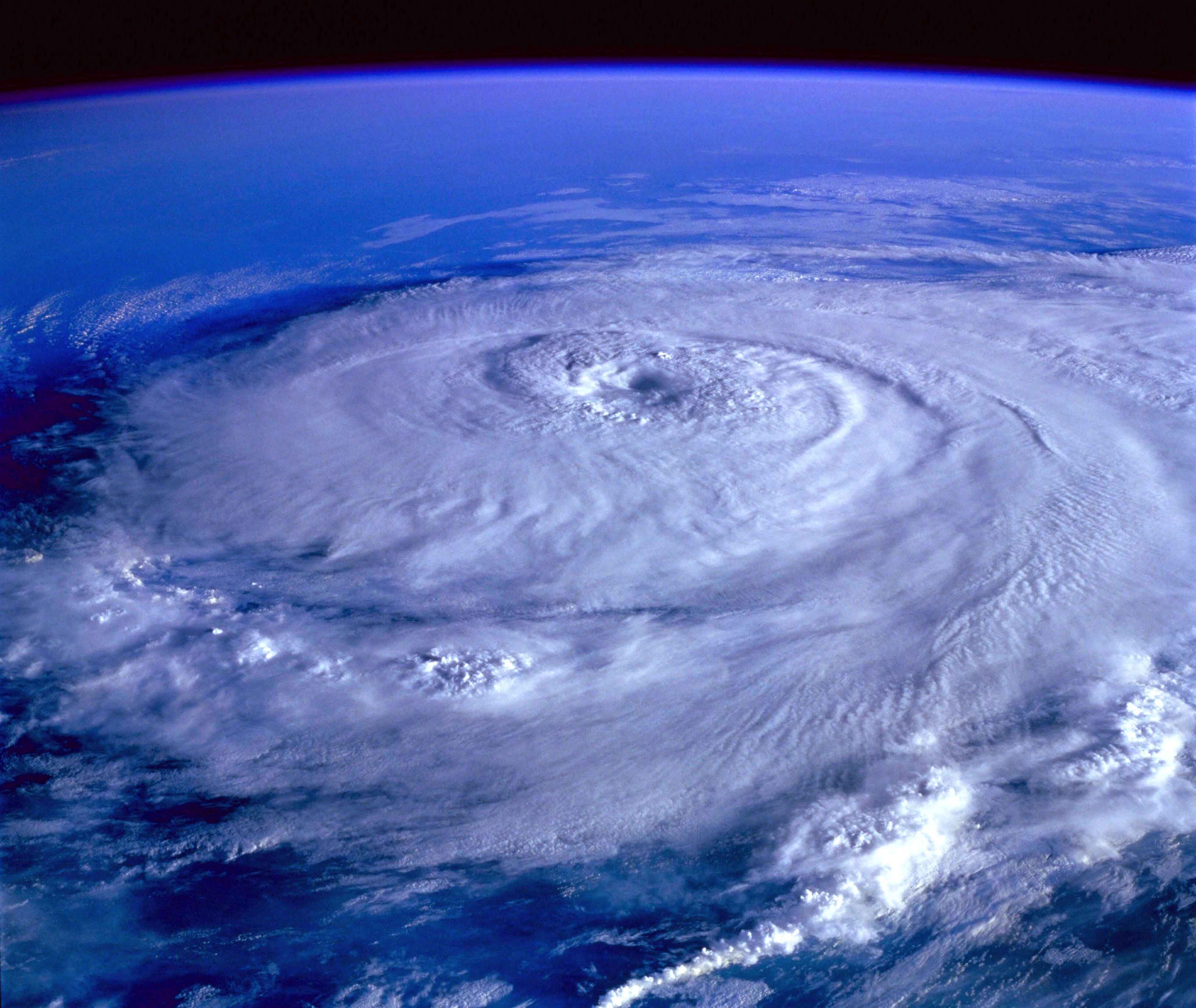 No Disaster Event Too Large To Overcome

Perhaps the most terrifying hazard you and your family can endure is a natural disaster. Earthquakes, hurricanes, and tornadoes threaten not just your home, but your livelihood. The chances are good that events as large as these can wipe out your home, your workplace, and your access to basic necessities, never mind the entire area of your city, your county, or even your state.

Take Hurricane Katrina, for instance. Appearing in August 2005, it tore a path of destruction across Louisiana and Mississippi. The levees built to hold back flood waters failed miserably. Waters rose high enough that transportation or evacuation of most regions became impossible, leaving thousands stranded without access to basic supplies for survival. Within a period of five days, it seemed the entirety of Louisiana was swallowed by the sea.

Or consider the largest earthquake in Northern America, the 1964 Great Alaskan Earthquake. It registered as a 9.2 on the Richter Scale, a magnitude never seen in American history; the effects of the earthquake were even felt as far as Florida and Texas. The quake decimated Anchorage, lowering the southwest region by as much as eight feet. Some areas near Kodiak were raised by as much as thirty feet. Tsunamis produced by the geological event shocked Prince William Sound, killing 32 people that happened to be on a boat in the harbor. Thousands were stranded by the torn landscape without power or transportation for supplies, considering the area had never before experienced such a disaster. Response was slow, but with assistance from responders from the U.S. Military and Civil Corp of Engineers, damage was assessed, roadways were repaired, and lives were saved.

So what can you do to warn you of such events? Some disasters such as hurricanes can give you a small amount of time to evacuate. Earthquakes, on the other hand, come at very unpredictable times. There are several alarms you can watch for and listen to in times of panic. Civil defense sirens are often installed in cities vulnerable to tornadoes, for instance. Every state has an emergency broadcast radio station that can offer you instructions and guidance. And you have probably heard a national or state warning alert on your television before: these alerts are designed to give you information and general warnings to specific regions.

With the right alert and knowledge, you and your family can weather any storm and any disaster. Use your alarms properly, and you will have all the warning you need!