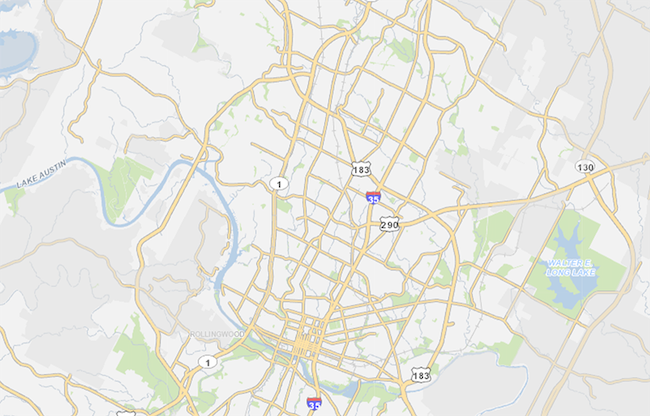 Austin, Texas is well-known as a nice city. It is neither too large, nor too small, and is considered by many to be one of the best places in the United States to raise a family. It is a medium-sized city with a population of just under one million people. It’s known for its budding technology industry, and for its temperate climate. Unfortunately, Austin, like much of Texas, is at risk for flooding. Recent climate change research indicates that the warmer the earth gets, the more flooding it will experience, especially in tropical areas like Houston and even Austin.

The first thing to establish in this article is the definition of flooding. What qualifies as a flood, and what causes it?

A flood is a situation in which the water saturation in the ground passes the level or rate at which the ground is able to soak up the water. This results in standing water, and rising water levels, which can cause damage to homes, crops, and businesses. Flooding can be caused when rivers overflow, when hurricanes stir up huge amounts of water onto the land, and when heavy rainfall oversaturates an area. They can also be caused by dam failures and pipes bursting.

Floods can lead to other problems, including power outages and structural damage, mold, and other issues. I remember a few years back my hometown experienced huge flood levels. My family spent days mucking out homes that had been damaged by the floods. Unfortunately, several people died as a result of the flooding, most notably a man who sacrificed his life trying to get others to safety.

While these floods occurred in the Midwest, rather than in Texas, the risks for damage are the same no matter where the floods are coming from. Below is a video showing the catastrophic damage that a flood in Texas just a few years ago.


What causes flooding in Austin?

Most floods in Austin are caused by large tropical storms like hurricanes that come in from the coastline. These floods tend to happen every few years, and homes and buildings in lower elevations are the most likely to be affected by such storms. Austin is also located in the Colorado river basin, meaning that when the river overflows, problems can arise easily. The worst flood in Austin’s recorded history occurred in July of 1869. The flood elevation reached 43 feet, which is equal to the height of 7 fully-grown men.

In order to find a map of flood zone areas in Austin such as the one below, you should visit austintexas.gov/FloodPro. This website allows you to examine an area in which you are planning to buy a property and to see a map of the potential floodplain in that area. The map includes a satellite image of the area, as well as the 100-year historical floodplain superimposed over the image.

Rainfall data for Austin from the National Weather Service indicates that river swelling can occur regardless of how much total rain falls in the area in a year, but that higher rainfall indices (especially above 40 and 50 inches in a year) can be more indicative of flood likelihood. Since Austin is near the Colorado River, the risk of flood problems due to increased rainfall is high. 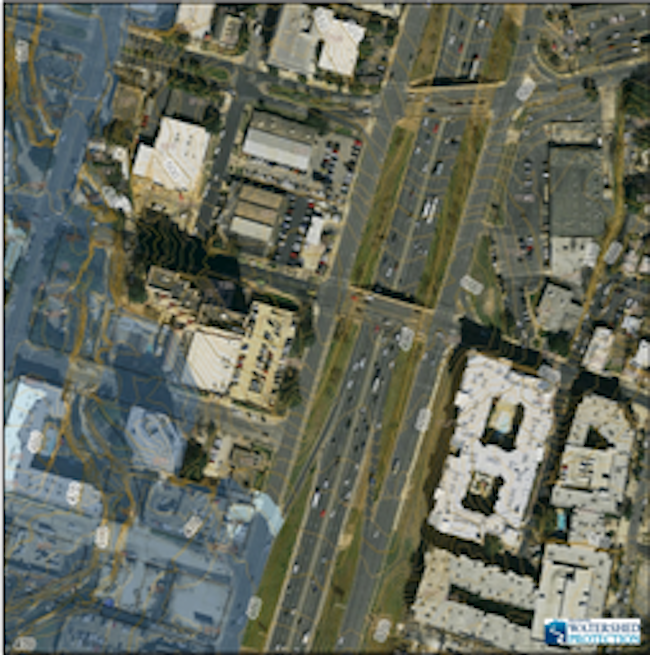 One of the best ways to prepare for flooding in Texas is to purchase flood insurance. Flood insurance will cover the cost of replacing damaged items and repairing flood damage to your home. Generally, flood insurance premiums will be higher in areas with a history of flooding, and with a high likelihood of future flooding.

In order to try and keep these premiums low, you can use a flood map (like the one shown below) to find a house in an area that is unlikely to be flooded or to give your insurance company an accurate picture of the odds that your home will be flooded. Flood insurance costs an average of 700 dollars a year but could be much more expensive or much less expensive, depending on your location and circumstances. Some home insurance policies bundle flood insurance, but you will need to research this on a case-by-case basis. 700 dollars may seem expensive, but if you live in an area like Austin, with a history of flooding, then that 700 dollars can be the difference between having your possessions replaced and losing everything you own. 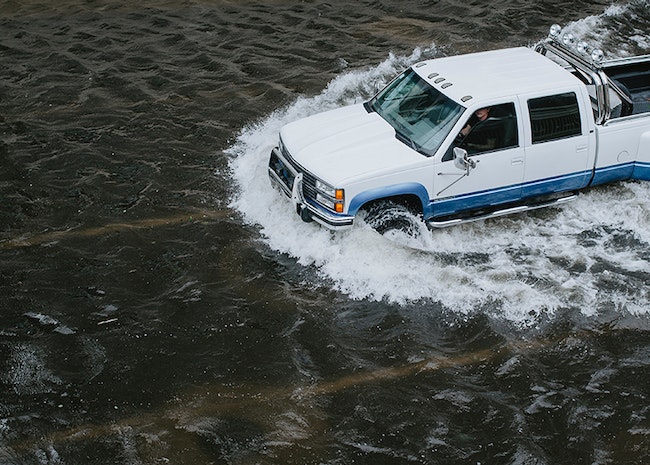 Unfortunately, there is not a consistent method for flood prevention beyond sandbagging or living at a higher altitude. You can’t stop the rain from falling or the river from rising. You can, however, prevent yourself from being harmed by flooding. Many home security systems (including those of Cove) now offer flood alarms. If you are asleep or away from home and your home begins to accumulate standing water, then the alarm will go off and alert you to get to safety. If the flood is due to outside weather, there is not much you can do, but if it is due to a burst pipe, you can catch it early, turn off the water, and have a repair service in to fix the issue.

In Austin, perhaps the best way to limit your exposure to flooding is to find an area that is higher-altitude and does not have a history of flooding. Make sure to study as many floodplain maps as you can get your hands on, so you can make an educated decision about where you want to live. Avoid flood hazard areas and choose an area with adequate drainage in the case of high rainfall levels.

Like Austin, Houston is well-known for being hit with several floods. My grandparents live in Houston, and a few years back when the storm Hurricane Harvey hit, their whole home flooded. Fortunately, they were able to get to safety, and simply redid their carpet, but it was a frightening experience for them. Most people in Texas recognize the inevitability of flooding at some point, but they accept this risk in exchange for lower costs of living in areas with histories of flooding. 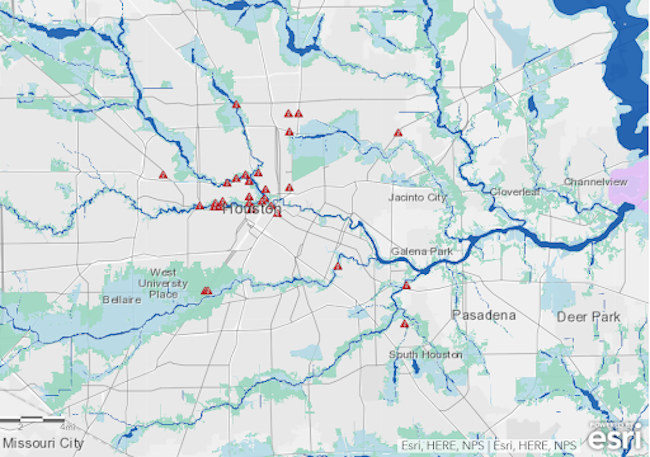 As you can tell, Bellaire has a large area with a history of flooding, so if you plan on living near this area, you will definitely need to purchase flood insurance.

The Woodlands is another area near Houston with a history of flooding. Below, you’ll see FEMA’s floodplain map for the Woodlands. Like many other places in Texas, The Woodlands was hit hard by Hurricane Harvey, with large amounts of flooding, and then a repeat 2 years later when Imelda hit. If you are planning on living in The Woodlands, make sure you do your research and find a place that will be relatively safe from flooding as a result of another tropical storm. The Woodlands is a classy planned community in the Houston area, and so many people are willing to take the chance of flooding. They simply get good flood insurance and make sure that they have a set evacuation procedure in case something does happen. 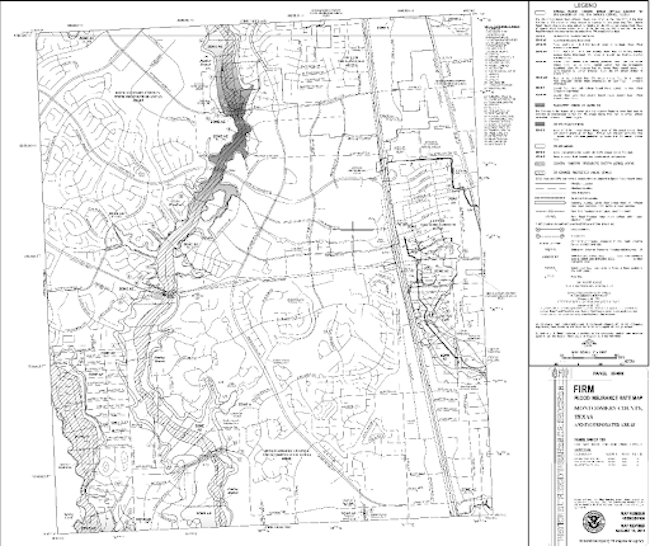 The moral of this story is that you should always do your research before deciding on a place to live. If you are okay with the risks associated with flooding in the Austin area or Houston area, then you should go ahead and purchase a home there. Just make sure that you are prepared in case a flood happens. One of the first things you should do is purchase flood insurance. Do your research and find a company that works best for you. You also might look into Cove’s environmental detection products. We have flood detectors, smoke detectors, carbon monoxide detectors, and much more.

Cove also offers top of the line home security and life safety products, including motion detectors, window sensors, glass-break detectors, and security cameras. We encourage you to research our service and learn about how we can help you protect your home, whether you’re in Austin, Houston, Omaha, Nebraska, or Billings, Montana.