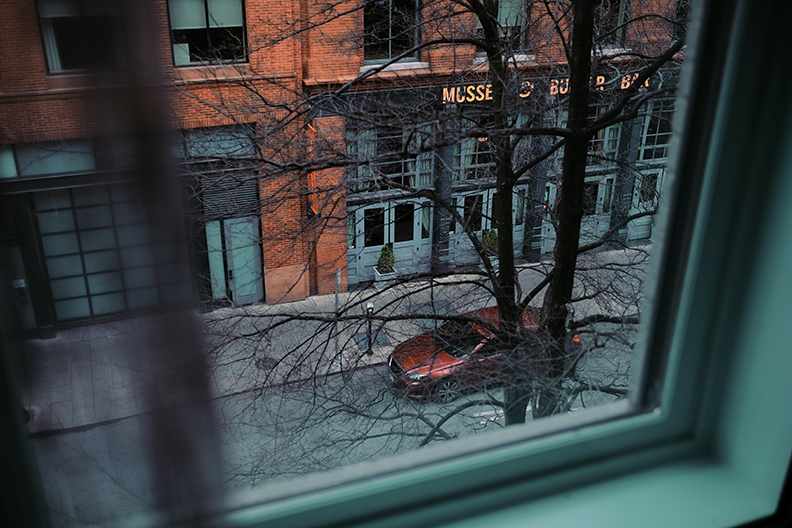 In this article, you will discover the safety rating for the city of Louisville and learn the best way to protect your home from crime while living in the city. Here's everything you need to know about crime in Louisville.

Answer: Louisville is safer than 7 percent of cities in the United States.

Crime rates are determined by taking the total crimes reported in an area and dividing it by the total population. That number is then multiplied by 100,000. The final product is "the number of crimes per 100,000 people." 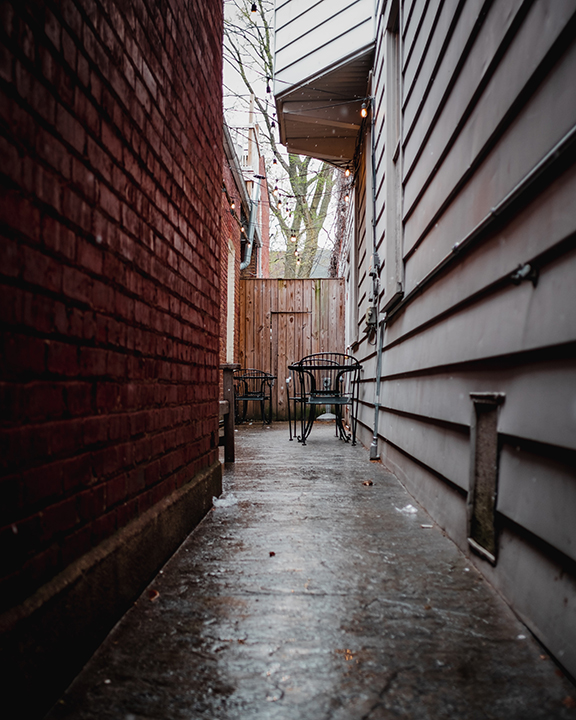 Can a Home Security System Prevent Crime in Louisville?

A majority of crime reported in Louisville revolves around property crime. Burglaries are common, especially in high-crime neighborhoods. Burglars are often motivated by the need for drugs, according to a study conducted by UNC Charlotte. The study reported that 57 percent of convicted burglars stated that their burglary was related to their need for drugs. They were looking for prescription medicines, or they were looking for money to buy it. Another 37 percent of burglars reported stealing for money (which was needed for various reasons).

UNC Charlotte's study on burglary is meant to take an inside look at who burglars are and what they need. The study also measures the danger levels of the burglars, which focused on their past criminal activity. They found "about 8% reported that they had been charged with homicide, 12% with robbery, and 7% with assault at some point in their past." This means that some burglars are incredibly dangerous and are likely to engage in violent behavior if they are confronted with a difficult situation. That being said, if your home is being burglarized and you are inside the house, the safest thing for you to do is hide and call the police. A vast majority of burglars have no interest in the person who lives in the house and will attempt to find an unoccupied home to burgle.

The study also found that "over 54% reported that burglary/breaking-and-entering was the most serious crime that they had been charged with to date." This suggests that a majority of burglars have one goal in mind: to steal.

Perhaps one of the most insightful takeaways from UNC Charlotte's study was based on the burglars' reaction to home security systems. Three main conclusions from the study were: 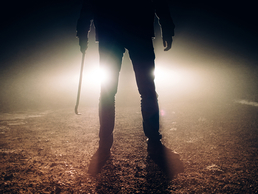 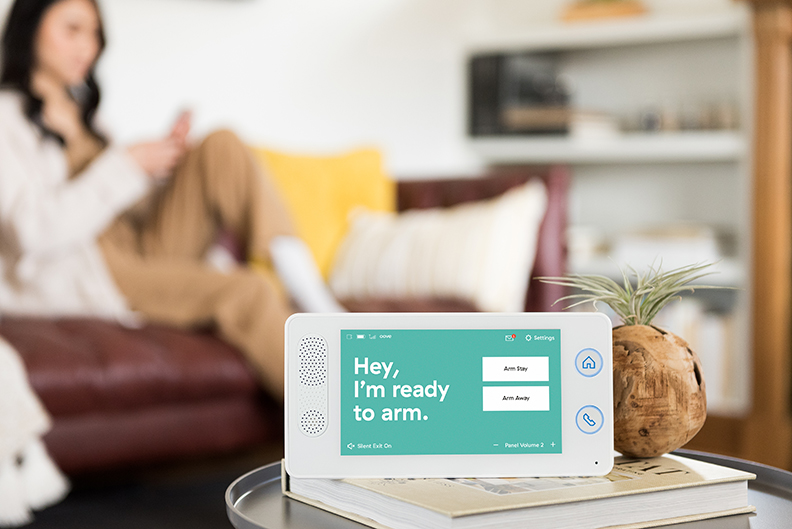 Here's what every Louisville resident needs in their home security:

Because indoor cameras are hidden behind the walls of the home, an intruder can't avoid them. Indoor cameras are not meant as active protection for your home, but instead, they work as passive protection. According to FBI crime reports, only 13 percent of burglary cases are solved due to the lack of evidence. Having an indoor security camera can ensure that if your home is burglarized, you will have visual proof of the individual who broke into the home.

Indoor security cameras are also versatile. They can be used for more than passive protection. An indoor surveillance camera can be repurposed as a nanny camera, a pet monitoring camera, or a baby monitor. Indoor camera video surveillance has a wide variety of uses that make it valuable to every homeowner looking for secure protection against intruders. 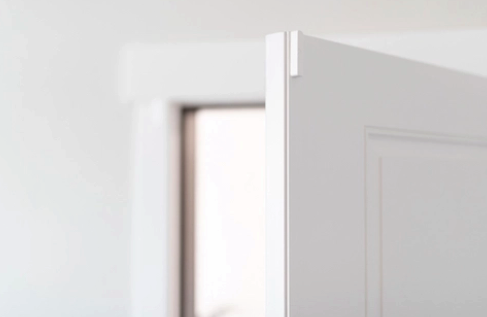 The most common way for a burglar to break into a home without an alarm system is by walking through the front door. Other burglars will use the first-floor window to gain access to the home. The lower percentage will use a back or side door. Only about four percent of burglars will use either the garage door or a second-story window. It's clear that in almost all burglary cases, the most important entrances to protect are on the first floor of the home.

Doors and windows are weak points in every home's security. Surveys have found that burglars will kick a door down without hesitation if they think no one will hear. Because of the weaknesses of doors and windows, Louisville residents need a better way to protect their home's entrances. Door and window sensors are the easiest and most efficient way to protect a home.

A door sensor is a small device installed on the door and door frame of the home. When the door is closed, the two parts of the device will connect, creating an electronic charge. If the two parts are separated, the alarm triggers. This device is beneficial because it works regardless of whether the door is locked or unlocked (since many Americans forget to lock their doors).

A window sensor is a similar device. Window sensors also come in two parts, connecting to the window and the window frame. When connected, there is an electronic charge. When disconnected, the alarm triggers. Another form of window sensor is the glass break detector. Glass break detectors "listen" for the sound of glass breaking. When the sensor detects the sonic frequency of breaking glass, the siren triggers. This type of alarm can be placed in a room and monitor multiple windows at the same time.

When a resident decides to install a motion detector, they gain access to one of the most important home automation features. Motion detection typically uses PIR detection. PIR stands for passive infrared and refers to the natural radiation that is emitted from all living things. Motion detectors in the home act as a line of defense since there is no way to avoid them. If a burglar enters a home and crosses a motion sensor, the alarm will trigger.

Motion sensors can also be integrated into other smart home devices. Wireless systems often include motion sensors in security cameras and video doorbell cameras to improve the recording devices' effectiveness. Motion sensors are considered automated technology, making them one of the most accurate devices to have in the home. They can also be tailored to be pet friendly, meaning that they are calculated to ignore low levels of PIR radiation and instead only pick up larger levels. 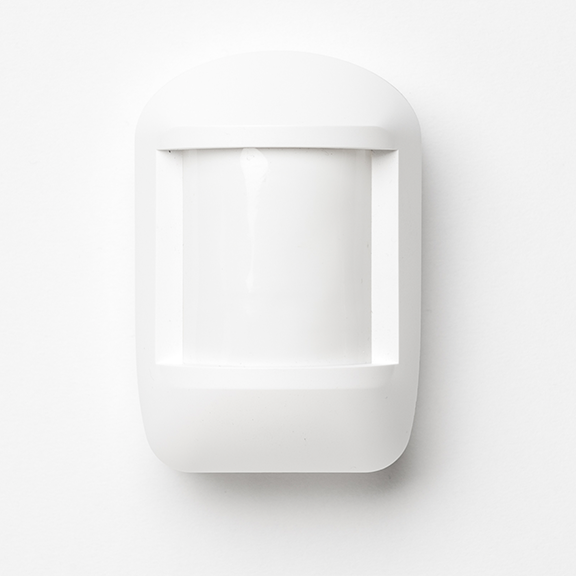 Each and every home should use smart automation. Smart home automation is a type of device that can act without someone controlling it. What this means for home security is that your alarm system can alert the local authorities for you. This is also an important feature for those wanting to use remote or professional monitoring. When a device is "smart," it can also contact you through a mobile app. For example, if an alarm triggers in your home, the device that was triggered can send a notification to your mobile app, alerting you to the issue. Smart devices are the smarter choice.

What happens if a home alarm triggers and no one is around to hear it? Most likely, the burglar will escape, and the homeowner or resident won't know that their home was in danger until the intruder is long gone. Professional monitoring and remote monitoring have solved this problem.

Remote monitoring is when the user has direct access to the wireless technology. They can use a mobile app to communicate with the alarm system. If the alarm system detects a break-in, the user can access the cameras and watch the scene unfold in real-time. This helps to set the user at ease, knowing exactly what is happening at their home. Remote monitoring ensures that the homeowner can reset false alarms from their phone (just in case a friend or family member accidentally sets off the alarm). 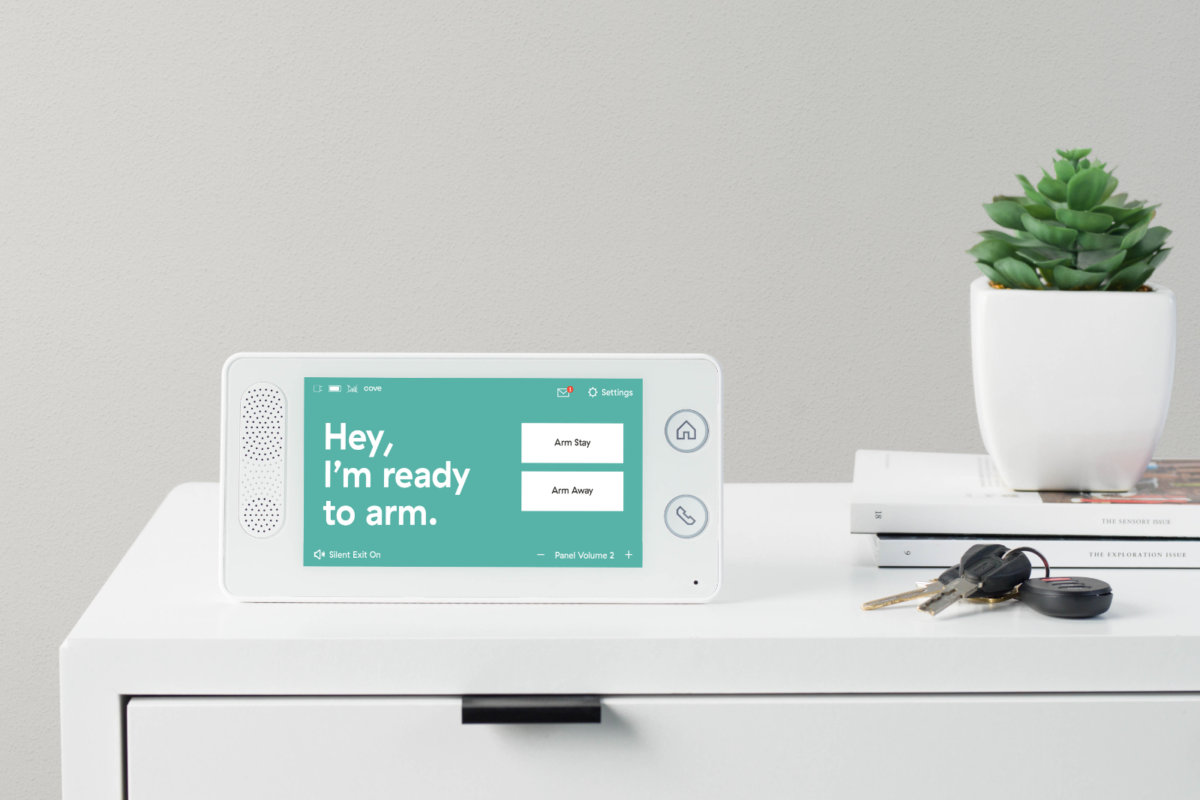 What Alarm System Is Best for Louisville?

Answer: Cove is the best security system for Louisville residents.

Cove is, hands-down, the best option for residents of Louisville. The company is well-acquainted with the needs and concerns that the residents of the city have. Louisville's residents have praised Cove for their understanding and helpfulness in creating a perfect security system for those living in Louisville. So, what does Cove have that makes the alarm company different from others available in Louisville? Here are the five things that make Cove stand out:

First of all, Cove is one of the highest-rated alarm companies in the nation. Typically, alarm companies are rated on a scale of one star to five stars. Companies that manage to get above 4.5 stars are often phenomenal in their customer service while also providing quality services. Cove Security has 4.8 stars on Google. Thousands have positively reviewed the company.

Part of the reason why Cove's reviews are so high is because Cove listens. Cove has one of the fastest response times in the industry, often responding to emergency calls four times faster than competitors. Cove's access control monitoring station is monitored 24/7, with professionals ready to pick up the phone the second it rings. With Cove, customers will have help on its way faster.

Cove knows that it means to be a great alarm company. Because of that, it doesn't try to trick you into a contract or convince you to buy something you don't want. Instead, Cove tells you everything you need to know. Cove also doesn't force its customers into long contracts; in fact, Cove doesn't force anyone into a contract. Cove works with customers on a month-to-month basis, and the customer has the option to cancel anytime with no string attached. Best of all, Cove allows customers to test the product for two months. If the customer isn't satisfied, they can send everything back for a full refund.

Cove has balanced the price of the service with its quality. Cove offers professional-grade security equipment for a fraction of the cost. Rather than paying thousands every year, Cove only changes $15 a month. The company has a firm belief that all people in the nation deserve to feel safe. Having a home security system is the first step to having a secure home, and Cove makes it easy for each person, regardless of their paycheck, to afford home security.

Cove Security is perfect for Louisville residents because it's unique. Each home security system from Cove is specially tailored to the home. Cove lets the customer pick and choose exactly which devices they want, with no pressure. Cove's installation process is also incredibly simple. To install Cove, the resident only needs 15 minutes. After 15 minutes, the installation is complete.