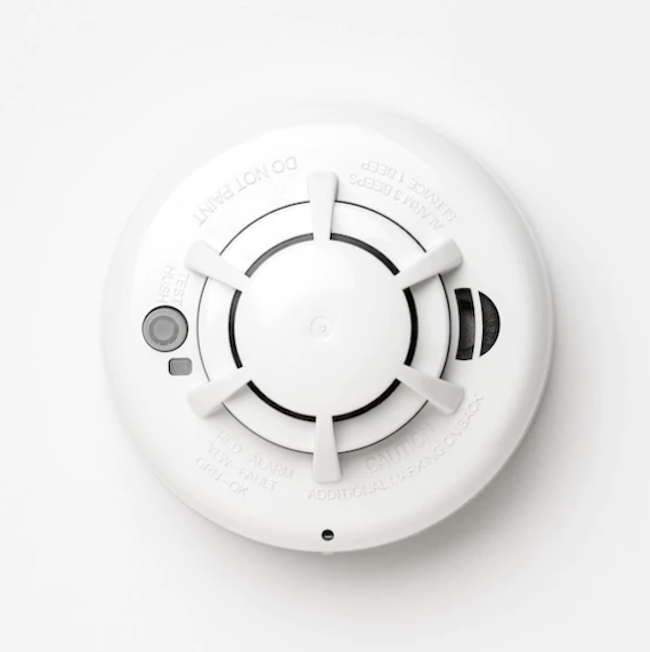 How a Heat Detectors Works

Every day, in the United States, 1,500 houses burn. Often, these fires are preventable, common house fires that were noticed too late. Fires only take a couple of minutes before they become uncontrollable, with flames reaching over 1,000 degrees Fahrenheit. House fires are dangerous, killing 6,500 and injuring 280,000 people every year.

The good news about fires is that, if they are caught before the flames escalate, the fire is easy to handle and easy to put out. Heat detectors and fire detectors save thousands of lives every year. Here’s how a heat detector can save your home.


What Is a Heat Detector?

A heat detector is a device that can sense heat in a room. Its purpose is to alert homeowners and business owners that there is a fire before the fire becomes irreversible. The device responds to convected thermal energy radiated from a fire. There are two main types of heat detectors on the market: rate-of-rise heat detectors and fixed temperature detectors.

Both the rate-of-rise detectors and the fixed temperature detectors are great for sensing fires. However, heat detectors have drawbacks. Although they are great at heat detection, they won’t be able to detect a smoldering fire quickly. They are best for detecting high-heat fires. 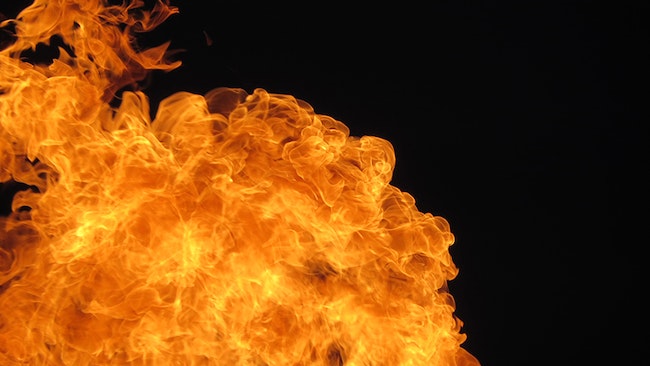 Types of Fires for Heat Detection

There are two main types of fire: low-energy fires and high-heat fires. A low-energy fire smolders; it consumes fuel slowly and gives off a lot of smoke. However, this type of fire emits very little heat. Because this fire gives off more smoke than heat, thermal detection may fall short and take too long to detect this fire. By the time the heat sensor is activated, the fire will have caused severe damage to the home.

The second type of fire is a high-heat fire. A high-heat fire consumes fuel quickly. As the fire eats, the flames grow higher and higher. These types of fires can be caused by an explosion or combustion. These fires feed off of easy-to-burn material such as paper, hay, or dry wood. This fire will trigger a heat detector fairly quickly. Heat Detectors are optimal for sensing this type of fire. 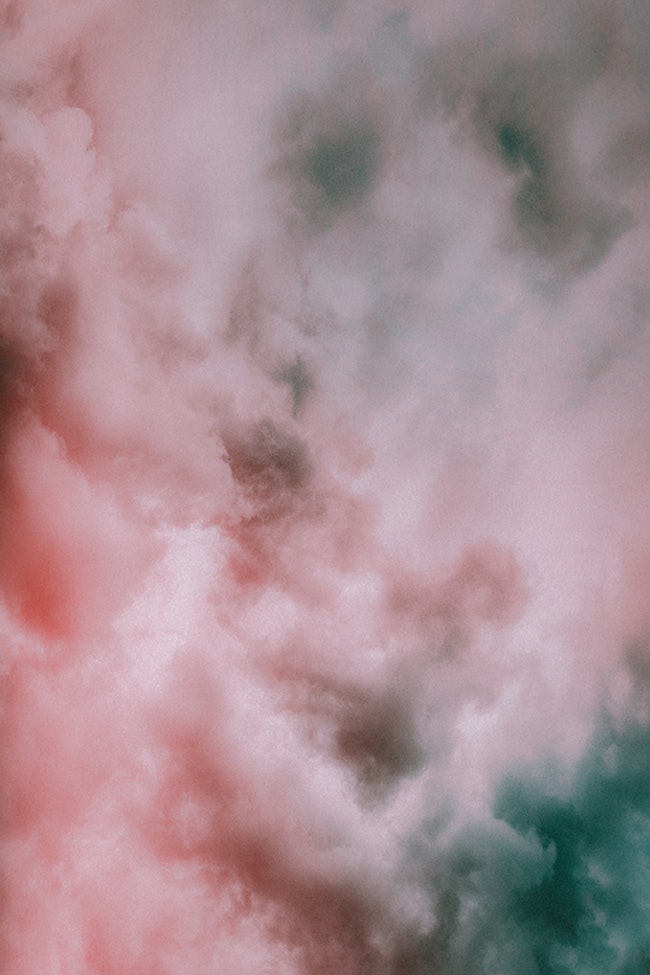 Optical smoke detectors sense smoke using an LED light. The light is shone within a small chamber inside the device. When smoke enters the chamber, the light is scattered, and the LED beam is broken (disrupted due to the smoke). When the beam is broken, the alarm is triggered.

Smoke detectors sense fires within the first few moments. Smoke is the first sign of a fire, meaning that smoke detectors typically sense the fire quickly and efficiently. With a smoke sensor, fires are noticed and put out long before the fire can spread. 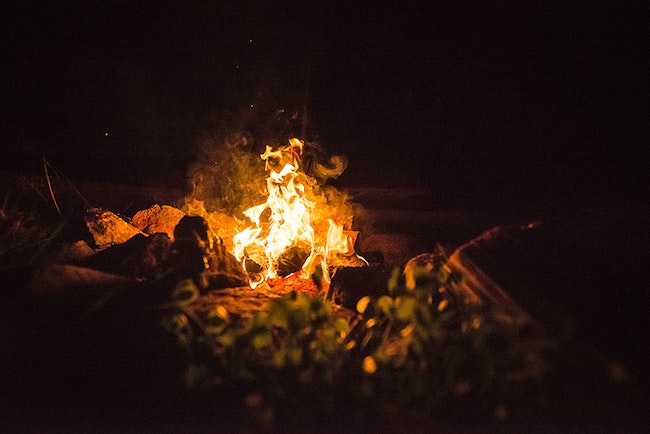 How Does a Heat Detector Work with a Fire Alarm?

To get the best protection for your home, heat detectors should be paired with smoke alarms. The National Fire Alarm and Signaling Code require that a smoke sensor is installed in every sleeping room of the house. Fire alarms are also recommended in hallways, living rooms, and spare rooms. Smoke alarms can be replaced with heat detectors, though it’s not recommended. Smoke alarms are five times faster at detecting fire than heat detectors. Replacing a smoke sensor with a heat sensor in a bedroom can be dangerous.

Instead, heat alarms are meant to work with smoke detectors. Rather than replacing one with another, they should be used together. Each has different strengths that work to protect you.

The strengths of smoke detectors are:

The strengths of a heat detector are:

The key to using heat detectors is knowing where to use them. They are not the best choice for bedrooms or everyday fire protection. Heat detection is best used in areas where a smoke detector won’t be accurate, such as garages, sheds, barns, attics, and basements. Smoke detection works best in open areas, bedrooms, kitchens, living rooms, and dining rooms. 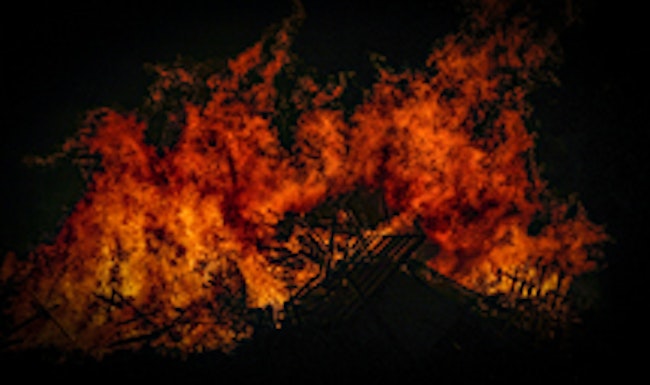 How Long Do Heat Detectors Last?

Heat detectors can be wired or wireless. Most home security experts recommend that homeowners use wireless, battery-operated heat detectors. Using batteries will make sure that the heat detector continues to work even if the power in the house is shut off. Wired alarms may face challenges during neighborhood blackouts. The batteries that are used to power heat sensors are extremely reliable and have been known to last up to 10 years without failing. However, to be safe, heat detectors batteries should be replaced every five years.

About once a year, homeowners should test the heat detector to make sure that the device is still working. Most heat detectors will have a small testing button on the device. When the button is pressed, the device will give a short few beeps, similar to a fire detector. Testing the heat sensor ensures that the thermal detection on the device continues to work properly.

The detector itself should last ten years without any issues. Heat detectors use a very small amount of energy to work. Thermal detection can actively work without requiring any additional energy for years. However, if you experience complications or problems while testing the thermal sensor, it’s best to have the device replaced.

Does a Heat Detector Protect Your Home?

Due to recent innovations in fire alarm technology, some fire alarms offer combined sensors. Combined sensors use both smoke detection and thermal detection to ensure that your home is protected from all fires.

Cove Security offers one of the best-combined sensors on the market. This fire detector can sense smoke, and tell the difference between the inorganic smoke and organic smoke. Inorganic smoke is smoke that comes from burning drywall, carpet, and treated wood. When the detector senses this type of smoke, the smart alarm will send you a notification alerting you that something that shouldn’t be on fire is on fire. Organic smoke is smoke that comes from burning wood, grass, hay, or other natural materials. If the sensor detects organic smoke in the air, the alarm will send you a different alert. With this alert, the sensor will ask you if the fire was intentional (such as an outdoor bonfire). If the fire is intentional, simply dismiss the notification and deactivate the alarm.

Cove’s smart fire detector offers more than smoke detection; it also offers heat detection. The heat sensor installed in the fire detector is a fixed thermal detector, meaning that the alarm activates when the air temperature reaches a specific heat for an extended period of time. For the best accuracy, the device monitors for three things:

Cove’s smart fire alarm helps homeowners to fully protect their homes from every possible threat. Homeowners are often exposed to a variety of dangers, including floods, fires, and earthquakes. Cove Security endeavors to protect homeowners and give them more control—Cove’s smart alarm systems protect homes and offers affordable security.