The Big Apple, Sweet or Rotten? How the New York Crime Rate is Changing 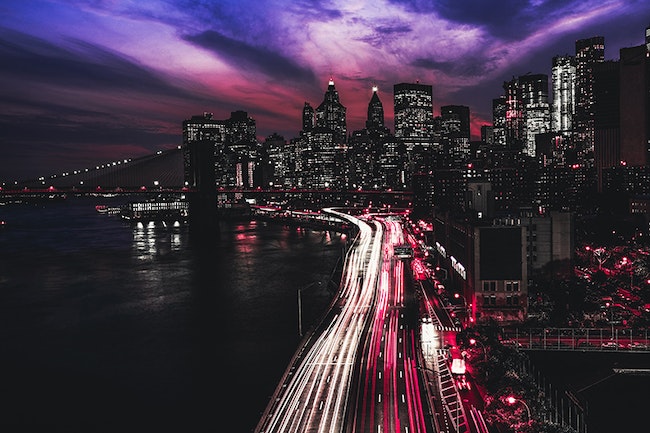 If you’ve seen Brooklyn Nine-Nine, Castle, or any of the other popular police shows based in New York City, you probably think that it’s one of the most dangerous places in the country! Luckily for you, the way that popular television portrays crime in the Big Apple isn’t totally accurate. Crime rates in New York have been declining for some time.

Early on, New York got a reputation for gang violence, which still hangs around as a result of mobster movies like The Godfather. Recently, however, the crime rate in New York has dropped to around 2.34%, which is fairly low, and gang violence is declining along with overall crime rates. According to a recent New York Times article, only 318 murders were committed in New York City in 2019. While this is a slightly higher number than in 2018, it is still much better than the year 1990, during which 2,262 people were killed. Police officers have been working diligently to hold those who commit crimes accountable in New York and make the big city a safe place for everyone who lives there.

New York sometimes gets a bad rap for its murder rate, as noted above, but recently such crimes have been on a fairly steady downward trend with a small recent upturn in murders. Luckily, burglary is consistently decreasing year-over-year. According to the NYPD’s historical crime data on major felonies including robbery, felony assault, burglary, grand larceny, and grand larceny of motor vehicles, overall crime is still on a consistent downswing as well. Below you can see the number of burglaries per year, followed by the total major felony offenses per year.

In the last ten years, burglaries have been almost cut in half. This is an incredible decrease in such a small amount of time.

The New York Police Department is all about making citizens of New York feel safe, regardless of the neighborhood. Officers for the NYPD offer several services, including youth programs and neighborhood policing services. 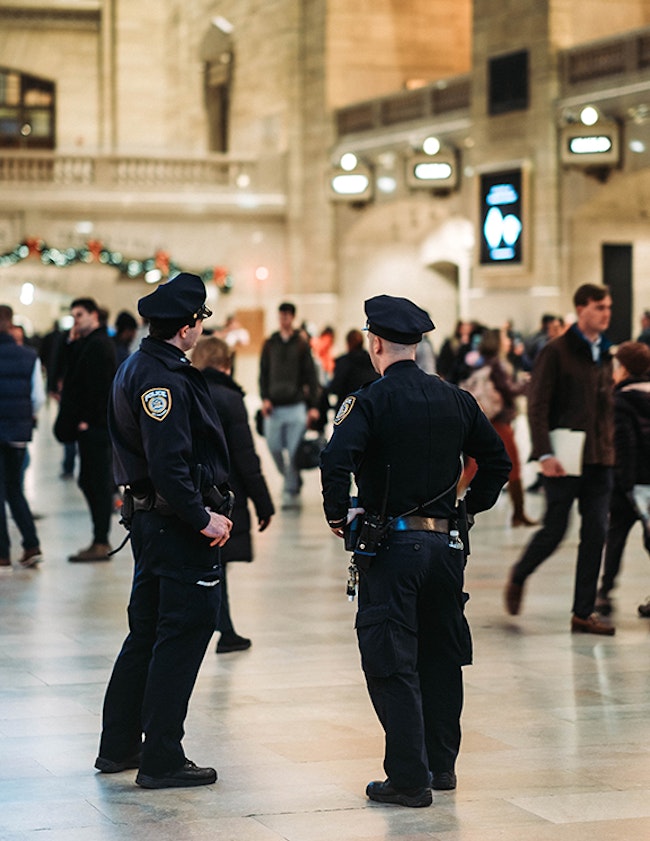 Based on these numbers, it’s clear that while New York’s crime rate seems to be falling, it is still significantly more likely that you will be a victim of violent crime in New York than in many other places.

Recent mayors and law enforcement officials in New York have been working hard to combat the crime rate in New York, and on the whole, they seem to be succeeding. Recent mayors include David Dinkins, Rudolph Giuliani, Mike Bloomberg, and Mayor Bill de Blasio.

David Dinkins was elected mayor in 1990, just as the crack epidemic was hitting New York, meaning that his administration started during some of the worst crime rates in New York history. These rates declined over time, however, with Dinkins’s efforts to expand the police force and combat the epidemic drug addiction.

Rudolph "Rudy" Giuliani followed Dinkins in 1994. His administration was marked by a huge push to clean up New York. Giuliani focused not only on violent crime, but also on more minor crimes including vandalism and turnstile jumping on the subway.

Bill De Blasio is the current mayor of New York, and since he was sworn in, crime has not significantly decreased in New York. Mayor de Blasio’s relationship with the police department is particularly strained in comparison with his predecessors. 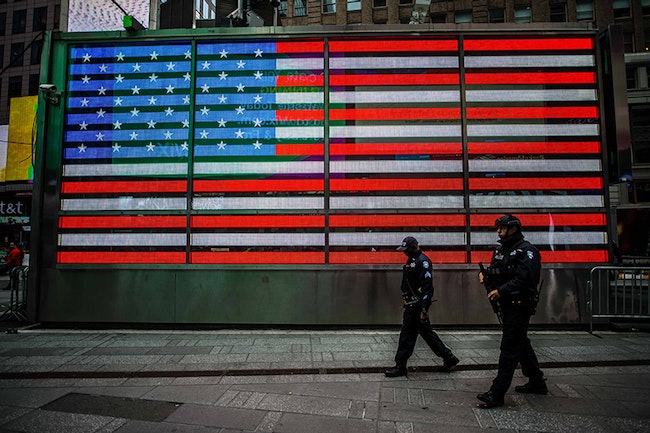 The 2020 epidemic of COVID-19 has led to a decrease in crime in New York of about 4%, which is incredible, but can be largely attributed to people staying inside. The flipside of this downturn is that domestic violence is on the rise, not just in New York, but nationwide. When abused residents are forced to stay home with their abusers, there is no escape for them. Add to this the stress of job loss and cabin fever, and situations can become explosive quickly.

Despite the recent safety increases in NYC, the big city wasn’t always a safe place to live, and it has become a place where several well-known public figures were killed.

One of these people was John Lennon, the famous member of the Beatles band. He was killed in the upper west side of New York in 1980, by a stalker named Mark Chapman.

Another famous crime that took place in New York was the “Son of Sam” series of murders. The murders were committed by a man named David Berkowitz. In all, Berkowitz killed six people and wounded an additional seven people, believing that his soul would be set free through the murders. Berkowitz was apprehended in 1977.

Kitty Genovese was also killed in New York (1964), stabbed to death in front of almost 40 witnesses. None of these witnesses tried to help her before she died. This is one of the most tragic crimes that took place in New York during the 20th century because it proved that people could witness an atrocious crime without intervening. The lesson to take away from this? Always make sure to watch out for those around you, and don't assume that someone else is going to be the one to call the police. 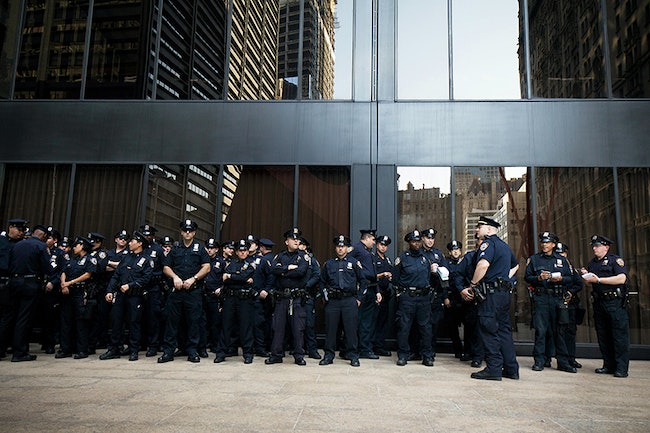 Where are the Safest Neighbourhoods in New York City?

New York City began as a smallish town, called New Amsterdam, and slowly expanded outwards and upwards, eventually becoming the huge city we recognize today. In the course of this happening in the 19th century, wealthier people tended to move “uptown” to newer, less crowded neighbourhoods. As this continued to happen, consolidated neighbourhood areas, including Brooklynn, Queens, Harlem, the Bronx, and other well-known neighborhoods began to arise, and some became more dangerous than others. Today, just about anywhere in New York will cost an arm and a leg, but there are still neighbourhoods that are generally considered “safer'' than others.

Greenwich Village, Battery Park City, and Murray Hill are three neighbourhoods in NYC that are considered safe areas. Greenwich Village is located in lower Manhattan on the west side. The neighbourhood has been around since the 1700s, although it has undergone extensive renovations. It is bordered by the Hudson River. Battery Park City is more recent, having been renovated in the late 20th century. It is now considered a highly successful example of urban design. Murray Hill is located on the east side of Manhattan. It is ranked as #4 on a list of “Best Places to live in Manhattan”.

Any of these neighbourhoods would be a great place to live, but keep in mind that they won't be cheap. The average price for a one- or two-bedroom place in Murray Hill is well over half a million dollars.

All in all, New York City is no longer the dangerous city it was once considered to be. Large cities, however, do tend to attract criminal activity a little more than smaller cities. If you are looking for an alternative to NYC, Yonkers is another city in New York state that is currently considered one of the safest cities in America.

Wherever you decide to live, you should make sure that you are doing your part to protect yourself and your family. At Cove, we offer inexpensive DIY Home Security systems that you can install yourself. Give yourself the peace of mind you need and deserve.