Texas Crime Rate: Is Everything Bigger in Texas? 2022 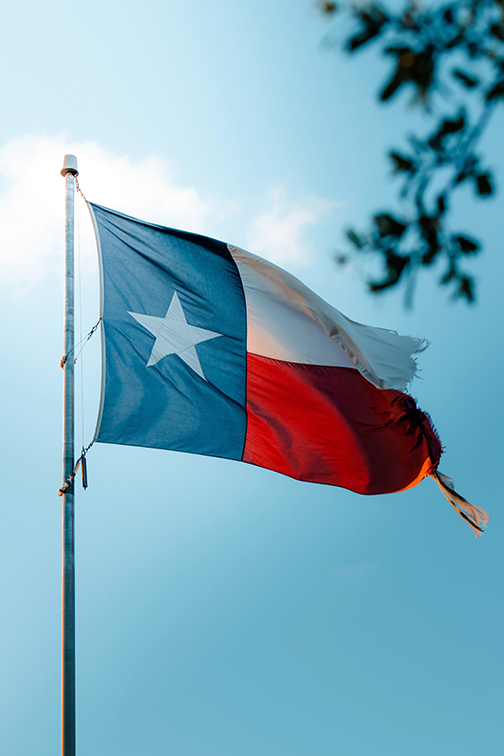 Texas is the southern state that doesn’t claim to be Southern. It comes with big trucks, “y’all”s, and sweet pork BBQs. Most Texans self identify as a “Texan” before anything else. Texas has a deep-felt loyalty by everyone who has ever lived in the state. And, who can forget the great saying, “Everything is bigger in Texas.” 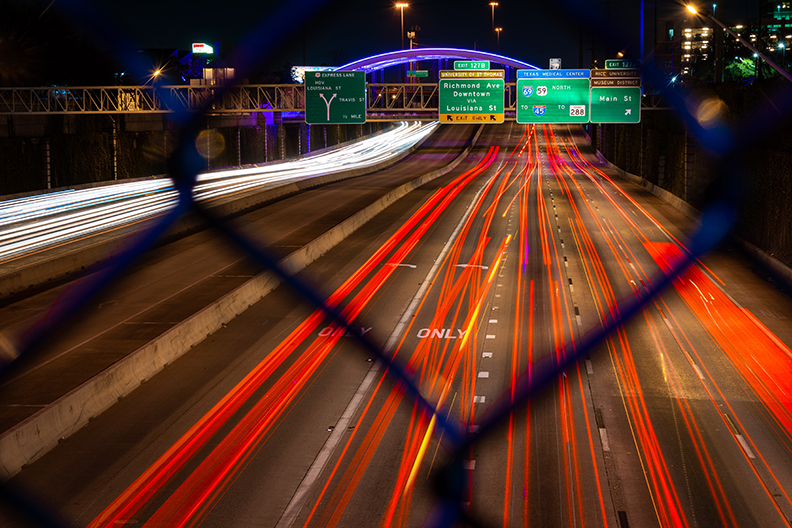 What Makes a Safe State?

The FBI reports crime statistics every year called “The FBI Uniform Crime Reporting Statistics.” these crime statistics create a picture for every state, revealing how often crimes occur in the largest cities to the smallest outback towns. The incidents are reported as “the number of crimes per 100,000 people.” 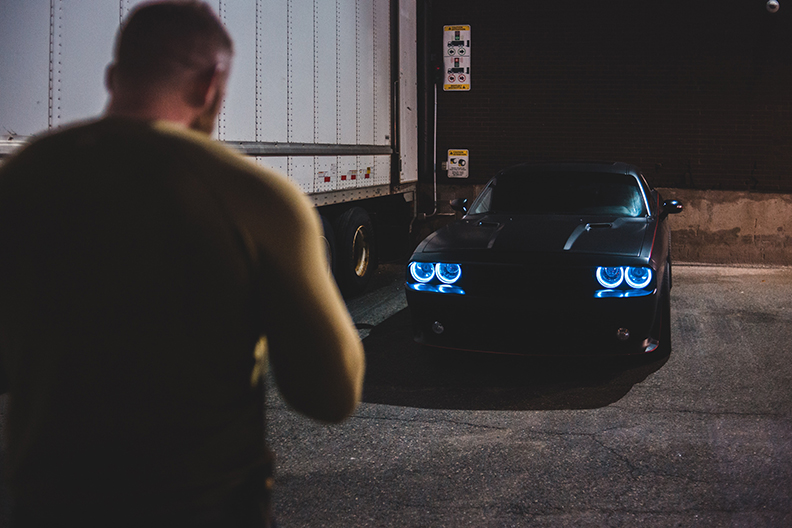 The Texas violent crime rates for recorded crimes are: 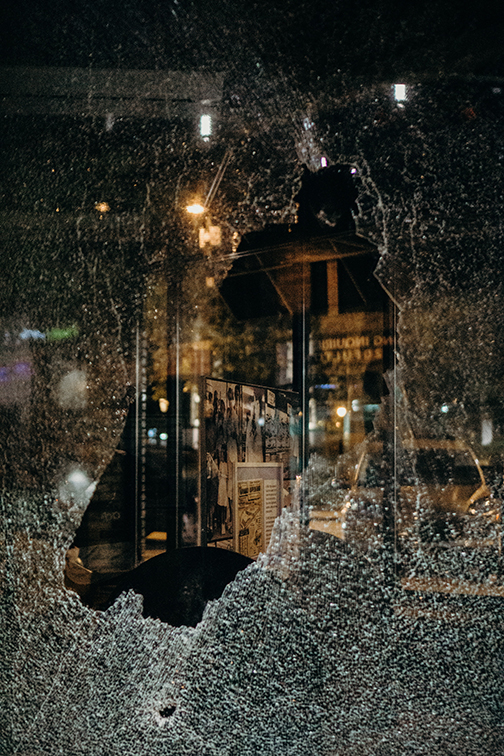 The Texas burglary rate is higher than average, though not by much. So far, Texas is fairly average in all crimes. This would suggest that the state isn’t necessarily dangerous, though it also isn’t safe.

The Texas police force has been scrutinized for having too many police members. There are 73,000 sworn police in Texas, roughly one police for every 330 people. There are also 1,913 law enforcement agencies, which is more than any other state. According to the FBI page on Police Employee Data, there are 2.4 police officers per 1,000 citizens throughout the United States.

However, many of the Texan police are private members that protect private agencies. There are only 54,000 police employed directly by the state. With 54,000 police members, Texas has the third-highest number of police (California has the most, followed by New York). 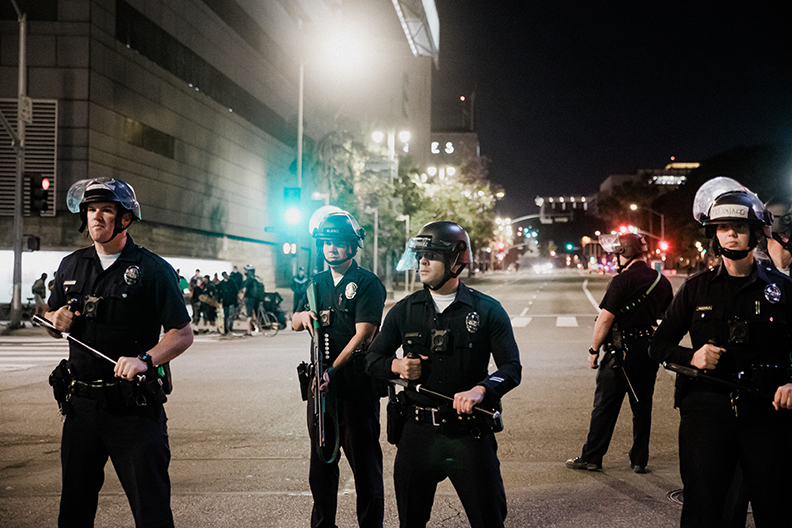 Most Dangerous Cities in Texas

Every state has dangerous cities. Homeowners, residents, and visitors should try to stay away from cities that record abnormally high crime rates. If you need to enter a dangerous city, make sure that you know where you’re going. In Texas, there are five cities that make residents lock their doors, bar their windows, and arm their home security systems every moment of every day. Here are the 10 most dangerous cities in Texas:

Bellmead, according to the FBI crime reports of texas cities, is the number one most dangerous city in Texas. Although some areas of Bellmead might be more dangerous than others, Bellmead as a whole takes its place as number one. The violent crime rate in Bellmead is 1,279 violent crimes per 100,000 people, nearly 4 times higher than the national average. There is a 1 in 78 chance of becoming a victim of violent crime in Bellmead.

The crime rates for specific violent crimes are:

Bellmead has one of the highest rates of assault in the United States, with nearly five times more incidents of assault than average. Rape is also scarily common in this city, making it unsafe for residents to travel alone at night without some sort of personal protection—pepper spray or personal alarm.

The crime rates for specific violent crimes are: 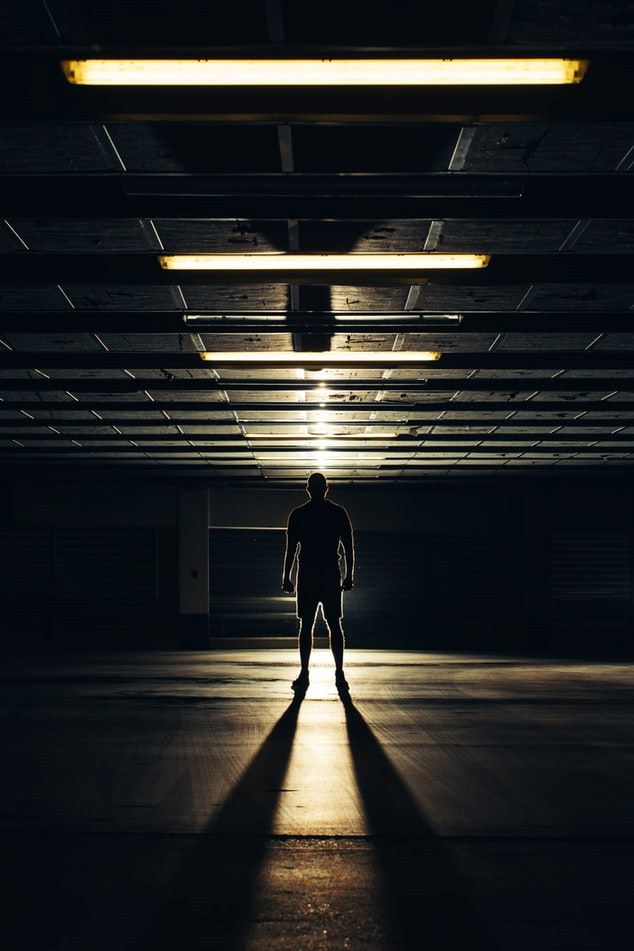 In the city of Humble, Texas, there is nothing humble about the crime rate. Humble as the second-highest crime rate in Texas, and for a good reason. The violent crime rate in Humble is 948, three times higher than the national average.

Humble is concerning for several reasons. Humble has a surprisingly high number of rapes and an uncharacteristically low number of assaults (assaults are typically the highest reported crime). This makes Humble a hard-to-predict town.

While in Humble, there’s a fair chance that you will be a victim of burglary, theft, or car theft. Some assume that the high property crime is due to the city’s proximity to the large international airport. However, regardless of why the crime rate in this city is high, keep your belongings close, don’t leave your car unattended, and lock your doors. 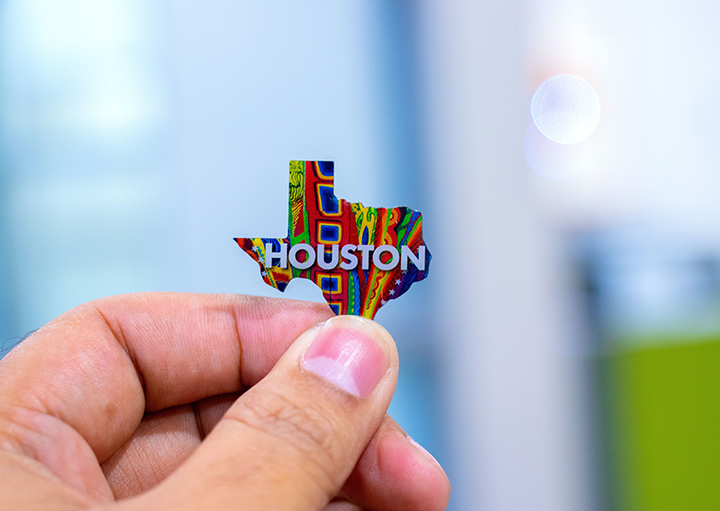 Houston is the largest city in Texas. Not surprisingly, Houston is also one of the most dangerous cities in Texas. Houston has a population of 2.31 million people and has crime rates to match the high population. The violent crime rate is 1,046 violent crimes per 100,000 people.

While in Houston, residents have a 1 in 96 chance of becoming a victim of violent crime. Violent crime in Houston is one of the biggest concerns for police and upstanding residents. The assault rate and murder rate are abnormally high. The murder rate is twice as high as the national average, making it unsafe for residents to walk in the city alone at night.

While living in Houston, there is a high likelihood that your home could be targeted by burglars. Due to the high rates of burglary (nearly double the national average), it’s important than homeowners work to protect their homes. Installing outdoor lighting, smart security equipment, and locking your doors can help prevent your home from becoming a target.

Bastrop is the fourth most dangerous Texas city. The city is located south-east of Austin and has a population of 9,429 people. Per 100,000 people, the violent crime rate is 1,038 violent crimes.

Bastrop stands out with the number of assaults reported in the city. Although a majority of the crime rates are fairly average, the assault rate is nearly four times greater than the national average. There is a 1 in 99 chance of becoming a victim of violent crime in Bastrop.

The most common property crime, by far, in Bastrop, is theft. Theft alone makes up a large majority of the city's crime rate. To prevent becoming a victim of theft while in Bastrop, residents should take precautions, such as carrying theft-proof bags and zippered clothing. 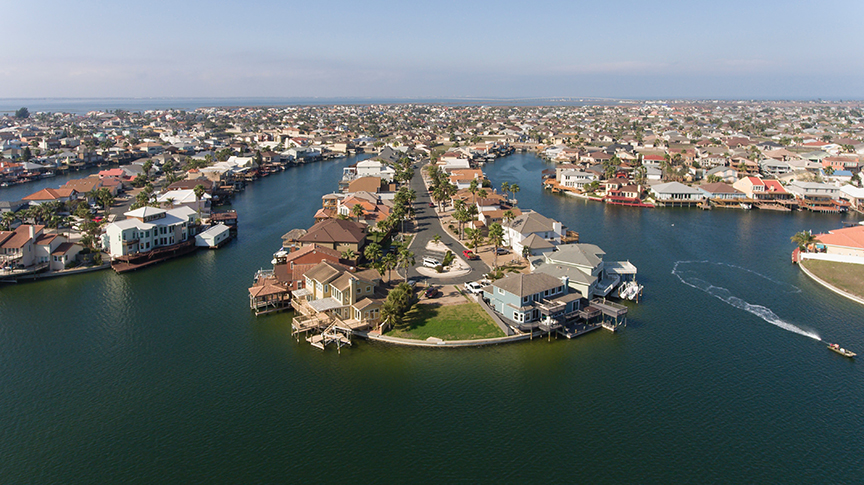 While in Corpus Cristi, you’re unlikely to become a victim of car theft. However, you are extremely likely to become a victim of theft or burglary. Most attribute the high rates of theft to the beach areas, where purses and bags are commonly stolen while the victim plays in the water. Burglary, on the other hand, is simply higher than average. Homeowners should consider investing in a home security system to protect their belongings while away from the house. 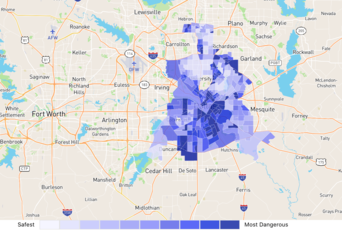 Some of the most dangerous cities are large cities. However, in Texas, many of the large cities are safer than the small towns. To show the other side of Texas, the safe side, we’ve found the three safest cities in Texas. These cities have large populations with low crime rates.

Austin, Texas, is the second safest city. The city has a population of nearly a million people, 964,254, to be exact. The city is known to be the “Northern Californa” of Texas. It has an accepting, open-minded population and is the live music capital of the world. In the midst of the city’s fame, it is also incredibly safe. According to the Austin crime report, the city has a violent crime rate of 391 violent crimes per 100,000 people. 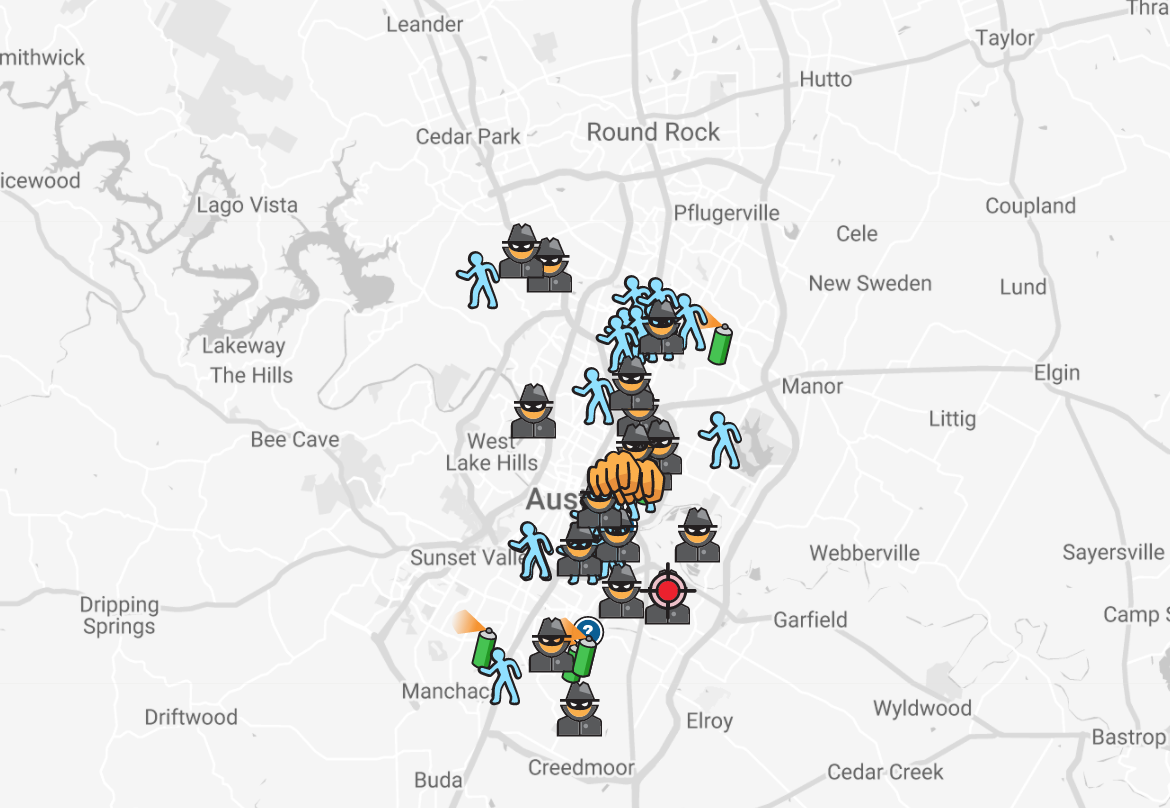 The Dallas crime rate ensures that Dallas ranks as the third safest big city in Texas. Dallas has a violent crime rate of 776 violent crimes per 100,000 people, meaning that there is a 1 in 129 chance of becoming a victim of violent crime. The property crime rate in Dallas is 3,357 property crimes per 100,000 people. Dallas’s overall crime rates are fairly average. However, crime mapping of the neighborhoods in Dallas reveals that a majority of Dallas is incredibly safe (then skewed by the city center’s high crime rate). Crime mapping in Dallas allows residents to find a complete Dallas crime map. A good crime map for Dallas can be found at NeighborhoodScout.com.

Is Texas Safe? Yes. Texas is a safe state, which means that not everything is bigger in Texas. Although the trucks, BBQs, and gas stations (Buc-ee’s) might be bigger, the crime rates are fairly low. Before choosing a place to live in Texas, check with the local police station to ask about the crime rates in the area. You can also lookup a crime map of the neighborhood to make sure that you’re choosing a safe place to live. You will be able to crime a crime map of San Antonio, Houston, or Corpus Cristi.

Texas is a great place to live. For added protection, use a home security system to protect your home and to give your family greater peace of mind.