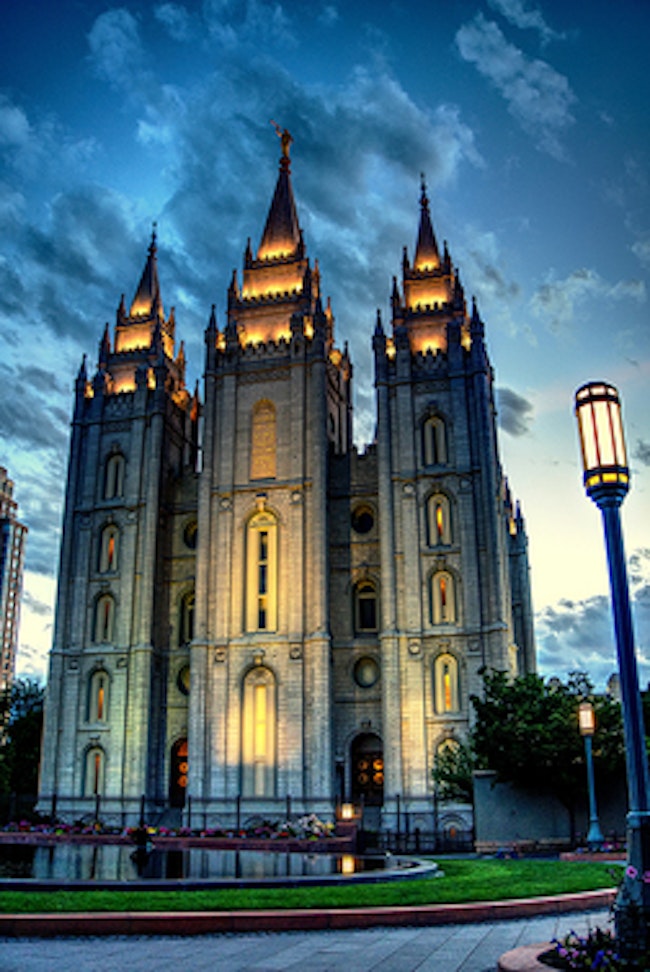 On July 20, 2019, David and his friend, John, decided to buy a Kawasaki Z650 motorcycle from the Facebook Marketplace in Salt Lake City. David agreed to meet the seller in the parking garage of an apartment complex in downtown Salt Lake. After appraising the motorcycle, two men appeared out of the darkness of the parking garage. Within moments, the scene became violent. According to David, one man pointed a gun at John, and the other pressed a knife into David’s back. The muggers told David to empty his pockets and told John to hand over the keys to the car. The men escaped with the car, wallets, phones, and cash. In David’s own words, “a cold chill ran over my entire body as the seriousness of the situation settled in.” He realized how dangerous the situation had been.

Sadly, armed robbery is a common threat to the residents of downtown Salt Lake City. The murder rate in Salt Lake City is four times higher than the average murder rate of Utah. Law enforcement and police officers work day and night to keep the main streets of Salt Lake safe. Tourists traveling in the city should be safe as long as they stay away from the alleyways and empty parking garages. 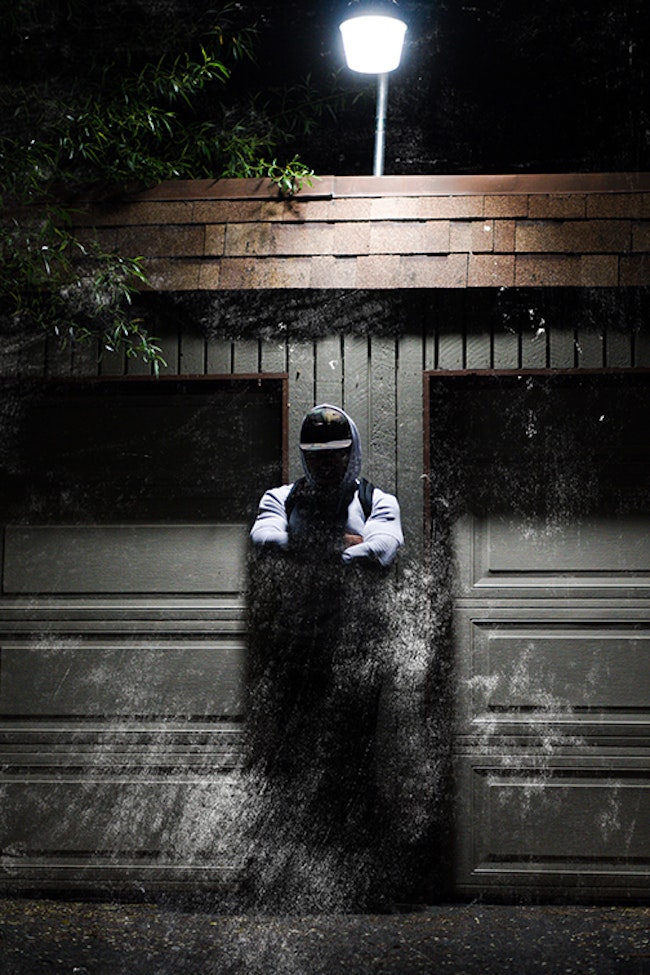 In 2018, Salt Lake City was ranked as the number one most dangerous city in terms of property crime. The KUTV report warned residents of the Salt Lake City metro area to “lock your doors and windows.” According to the FBI Uniform Crime Reporting, property crime is defined as burglary, larceny, and motor vehicle theft. In Salt Lake, these crimes happen daily. Many residents remark that they are unable to leave their cars unattended without coming back to find a hole smashed in the window.

To assess public safety in Salt Lake, many residents rely on crime maps. Crime maps depict when and where crimes have happened in the community. Residents are able to report crimes and become more aware of the dangers in their neighborhoods by using a crime map.

We recommend these two free crime maps for Utah county:

Both crime maps allow residents to search for an area or zip code and discover which crimes are happening in their communities. Using a crime map is simple. Once you’ve entered the zip code, you can browse the areas near you and see where crime is most prevalent. Most crime maps show arrest, arson, assault, burglary, robbery, shooting, theft, and vandalism. 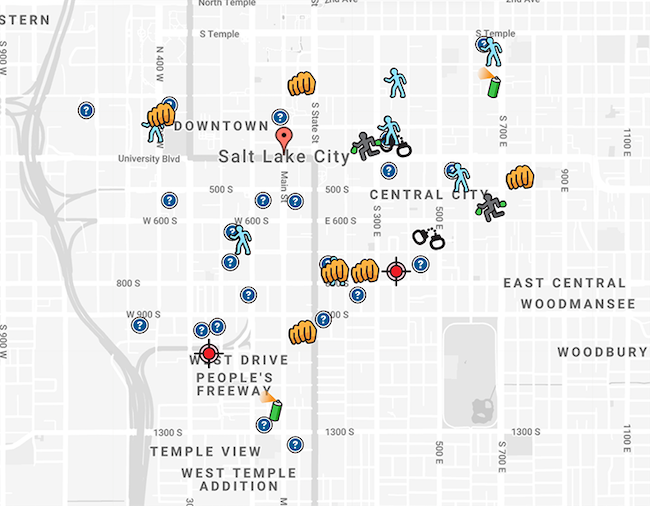 The most dangerous location in Salt Lake City is the downtown area. The crime data reports that there are 2,074 violent crimes per 100,000 people, which is 184 percent more than the Salt Lake average. The downtown area also has the highest number of property crimes, with 12,123 property crimes per 100,000 people. While in downtown Salt Lake, there is a 1 in 12 chance that you will be a victim of property crime. This high percentage is what makes downtown so dangerous. Residents and tourists in downtown should carry pepper spray with them, especially at night.

The Glendale neighborhood has a high population of 13,566 people. The neighborhood is densely packed and sees 90 percent more violent crimes than the Salt Lake average. The overall crime rate in this area is 378 percent higher than the national average, making it a definite neighborhood to avoid, if possible.

The third most dangerous neighborhood in Salt Lake City is Poplar Grove. This area sees 48 percent more crime than the Salt Lake average and has a high population of 14,748. In this area, there are 1,082 violent crimes per 100,000 people, making the crime rate relatively high in the large community.

Westpointe has a population of 8,426 and is located near downtown Salt Lake. The area sees a violent crime rate of 1,045 violent crimes per 100,000 inhabitants and a property crime rate of 7,689 per 100,000. Break-ins are common in this area, making the area an ill-fit for families looking for a new home near the city.

The final neighborhood on our list is People’s Freeway. People’s Freeway sees 20% more crime than the Salt Lake average with 800 violent crimes per 100,000 inhabitants. The schools are ranked low, and the area is known for its high poverty rates. 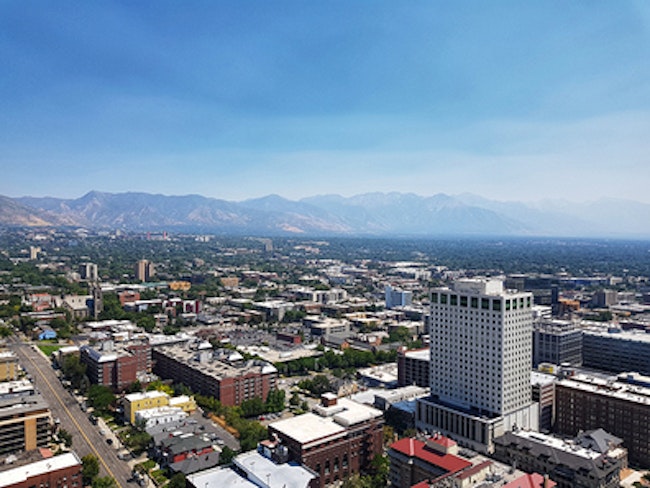 The safest neighborhood in Salt Lake County is Greater Avenues. Greater Avenues has a crime rate that is 75 percent lower than the Salt Lake average. It is a quiet area with quaint homes. This area is close to the Wasatch Mountains and is surrounded by hiking trails like the Bonneville Shoreline Trail. This area is ranked as one of the best places to live in Utah.

Wasatch Hollow is actually tied with Greater Avenues as the safest neighborhood in Salt Lake. Its crime rate is also 75 percent lower than the Salt Lake average. It offers residents a suburban life and is perfect for growing families. The schools in this area are ranked above average for Utah schools.

In Yalecrest, ranked as the third safest neighborhood in Salt Lake, residents should expect crime rates that are 74 percent lower than average. The area is known for green grass, art galleries, and fine dining restaurants. It is also surrounded by playgrounds for children and has some of the best schools in the county.

East Bench has a population of 8,443 people and attracts relatively affluent residents. It is located at the base of the Wasatch range and has a crime rating that is 70 percent lower than the average violent crime rate in Salt Lake City. Crimes that do occur in this neighborhood are typically petty crimes.

In Central City, the crime rate is 52 percent lower than the Salt Lake average. The neighborhood is mostly known for art galleries, live music, and shopping centers. The area is rather affluent, which ensures that the streets and homes are well-kept. The area is located near the base of the mountains and is close to many hiking trails. 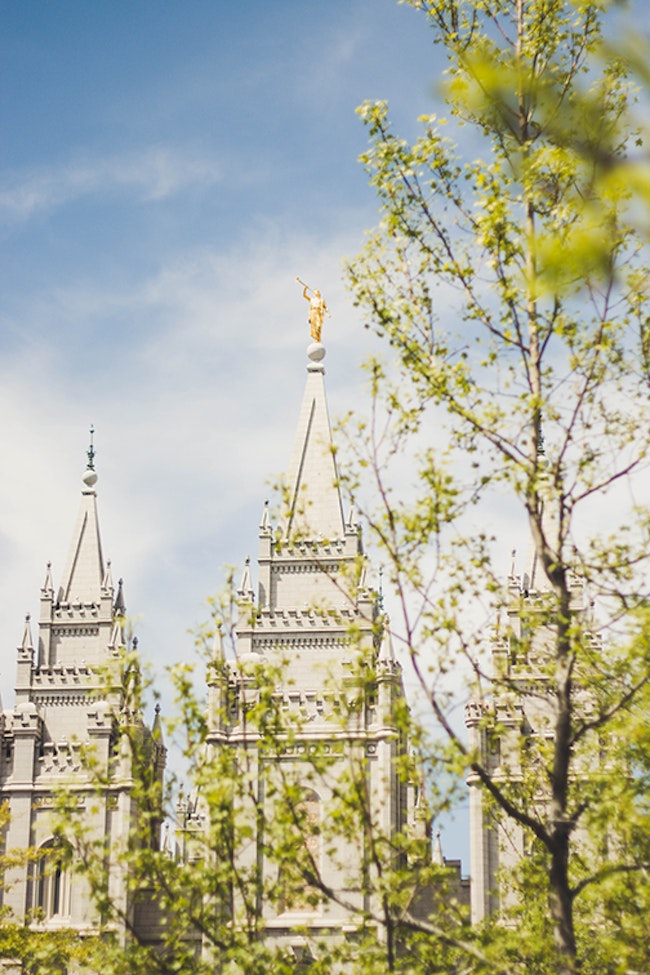 Are You Safe in Salt Lake City?

To answer the question, “Are you safe?” Our answer is: Yes. While visiting Salt Lake City, tourists and visitors should be safe as long as they do not wander the streets at night. Visitors should be careful while exploring the city and should carry pepper spray or some other kind of personal protection.

Homeowners and residents should install home security systems to protect their property. Since property crimes are so high in the Salt Lake area, it’s important that residents take the necessary precautions to keep their families safe.