Why Smart Families Switch to Cove

Sara has had the same home security system for the past eight years. She bought it from a big home security company, and every three years, they raise the prices on her. She continues to fork over 50 dollars a month, but she starts to wonder if there might not be a better option out there.

There are a few things that Sara wants from her security system. First, it needs to work. She wants a system with reliable protection that’s easy to operate. And she doesn’t want anything too techy or complicated. Her biggest complaint with her current system is the number of false alarms she gets, but since it has highly-rated protection, she’s put up with it for a while.

While researching, Sara comes across Cove. At first, it sounds too good to be true: 25 dollars a month for professional monitoring, and a lifetime rate lock? No more price jacking every few years!

But it’s true. Thousands of reviews confirm it. They also mention things like “TripleTouch,” a system that reaches out to you via text, phone, and alarm panel to prevent false alarms. And the equipment is wireless! The reviews verify Cove’s story: that the system is easy to install, the cost is low, and the equipment works. The clincher, though, is that there’s no contract. She can cancel her system at any time.

Sara decides to go for it. She even saves extra money by installing the system herself! She couldn’t do that with her old system, but Cove is so simple that she installs it in minutes. 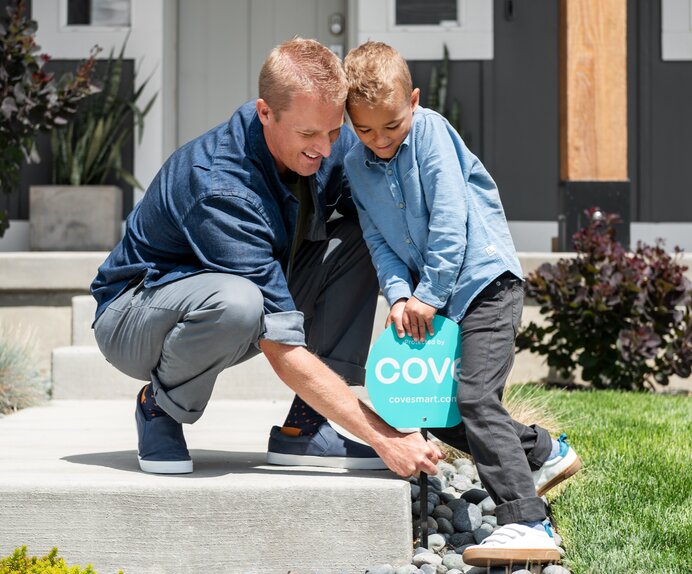 Cove recognizes that finding the right security system is a journey. That's why they provide that 60-day free trial. It's why they don't have contracts. Home security should be on your terms. So, take advantage of 50% off all equipment today!

Get 50% off equipment
+ a free indoor camera