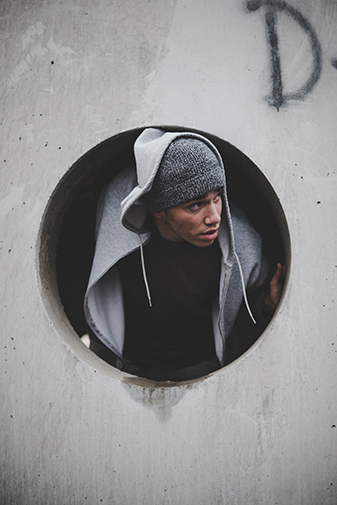 You’ve seen the movie starring Kurt Russell. You’ve seen shows that reference it as a crime. But what exactly is an unlawful entry? And why is it a crime?

Well, unlawful entry is often associated with other crimes, such as trespassing and burglary. It can often be a key part of either of those crimes. To give a quick definition, unlawful entry is the “entering” part of “breaking and entering.” Unlawful entry can involve forcibly opening a door or breaking into a building, but it can also involve simply wandering into an unlocked home, or using a falsified ID to gain access to a non-public area. The key part of unlawful entry is that the owner of the property either does not know, or has not given permission for the person to enter the area. As the name implies, entry without permission is in fact against the law. Lawful entry requires the knowledge and permission of the owner of the property. This may seem self-explanatory, but in an age in which media often portrays people wandering through unlocked doors, it can be good to get some clarification.

Unlawful entry is a crime. It is generally considered a misdemeanor, but the charges can increase to a class A misdemeanor or a felony if:

We should probably make an important distinction between burglary and unlawful entry. Burglary involves the intent to commit a crime of any kind upon entering the property illegally. This could include removal of property, but could also include other crimes such as harming another person or causing property damage. Burglary, robbery, trespassing, and unlawful entry all have common elements, but each is a distinct crime with specific consequences upon conviction.

What is Trespassing vs. Unlawful Entry?

You might be wondering, what is criminal trespassing? And how is it different from unlawful entry?

Well, trespassing is actually defined as the unlawful entry into the property of another person. Using this trespass definition, the difference between these two crimes in and of themselves is negligible. The difference mostly lies in the language that is used. Unlawful entry, as mentioned above, is an aspect of trespassing, burglary, and robbery, but generally is not charged as a crime in and of itself. The consequences for trespass and unlawful entry will usually be pretty similar unless intent to commit a crime is also involved, in which case, the consequences will begin to diverge a bit more.


How to Charge Someone with Trespassing

Often, if you are a victim of criminal trespass or unlawful entry, you will need to charge the perpetrator of the crime. You can do so by hiring a prosecuting attorney as your representative in court. This kind of lawyer specializes in helping people who have been wronged to achieve justice in court. The person who has committed the crime will be defended by a criminal defense attorney, someone who specializes in defending those who are accused of crimes. Before any of this happens, however, an arrest must occur. Thus, you will need to contact the police if you find someone trespassing on your property.

Keep in mind, a law enforcement officer cannot always immediately arrest a perpetrator without evidence, but if the trespasser is still at the scene of the crime, or video evidence of the trespasser is provided, a police officer will often arrest the criminal on the spot. If the trespassing person or burglar has already left, police officers will need to check the scene for evidence in order to be able to arrest the perpetrator. This is where a forensic scientist may check for fingerprints or signs of disturbance in the area. If the perpetrator has already fled the scene of the crime, it can be difficult to prove they were there.

Depending on the seriousness of the offense (whether or not they broke anything, stole anything, or were armed at the time of the unlawful entry), the person would then be brought to court, and the prosecutor (you) would have the chance to press your suit. As many forms of unlawful entry are misdemeanors, sometimes things can be settled either in a lower court or out of court. This is not to say that the perpetrator’s record would be clear, necessarily, but it does mean that they would be less likely to face long-lasting consequences like jail time, etc. 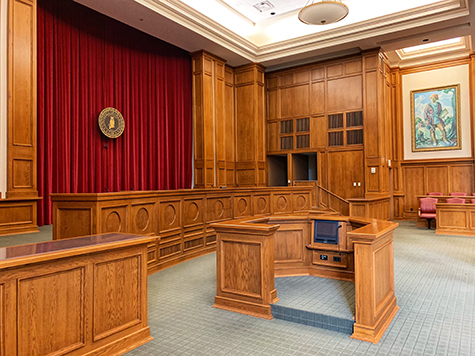 The process for more serious offenses, or felonies, is as follows. First, a preliminary hearing will usually be necessary. In these hearings, a judge will determine whether to proceed to a formal trial or settle the issue without trial. If the judge determines that there is enough evidence to proceed, a criminal trial will follow, based on the evidence. At the end of such a trial, the “guilty” or “not guilty” verdict will be passed. This is more common in cases of breaking and entering, burglary, and robbery. Criminal trials include formal juries, witnesses, and will generally lead to a sentence or an acquittal.

If the person is found guilty of unlawful entry, and depending on the seriousness of the misdemeanor or felony, certain consequences will follow, many of which are discussed in the next section.

If convicted, the consequences of unlawful entry or criminal trespassing can be severe. A person caught in unlawful entry will be arrested by the police, and depending on the seriousness of the crime, will be:

For serious crimes such as armed robbery, the likelihood of jail time is pretty much assured, but for less serious crimes like trespassing onto private property, it’s more likely that the person committing the crime will simply be fined. Even the penalties for trespassing can vary, however. The maximum sentence for this crime is up to 2 years in prison. 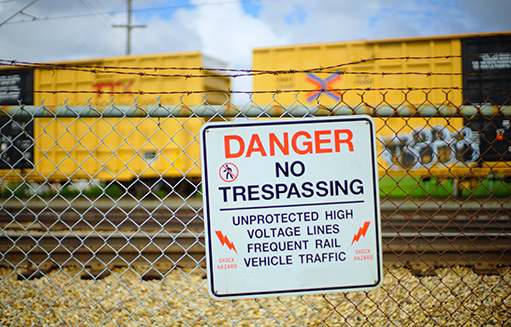 Like most crimes, there are some well-known cases of criminal trespassing. Here are a few, as well as how they were resolved. Many celebrities use trespassing as a way of sending political messages, including Shailene Woodley and more recently Jason Momoa. Other common reasons for trespassing are things like urban exploring. Urban is essentially when people enter old and abandoned areas and buildings. It is a recent trend, and has become popular especially among teenagers. Unfortunately, though, if it goes too far, it can lead to charges of trespassing.

In 2016, actress Shailene Woodley was arrested for criminal trespassing on the work site of a North Dakota oil pipeline. She was there in protest of the oil fracking companies, but unfortunately for her, such trespassing was still illegal, and she was arrested. She filmed the arrest and live-streamed it over social media, garnering attention to her cause. Whether or not you think she was justified, her actions were against United States’ law. Initially, Woodley pleaded “not guilty” in court, but later changed her plea to “guilty,” and received a sentence of one year of unsupervised probation.

In 2014, a famous urban explorer by the name of Seph Lawless (pseudonym) was charged with criminal trespassing for entering many old and decrepit buildings unlawfully. He was initially charged with breaking and entering, but his charges were reduced, and he was able to get out on bail. His bail was set at $500. The buildings he entered were old, true, but he was still entering without the knowledge of the property owner, meaning he still was guilty of criminal trespassing.

In 2010, even Beyonce was sued for trespassing in one of her music videos. Her case was one of civil trespassing, and she was personally sued for filming in what her prosecutor considered a “private” neighborhood. She was sued for $25,000. 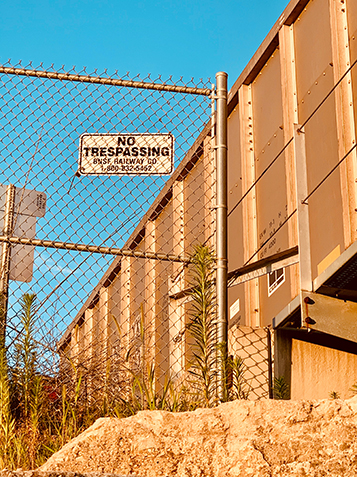 Unlawful entry can be more or less likely depending on where you live. According to the 2016 NCVRW Resource Guide, property crimes were by far the most common type of crime in 2014, and these crimes were more likely to occur within a large city than outside of one.

So now that you know a little bit about unlawful entry, how should you protect yourself from it? Well, some of the most important things you can do are the simplest things: locking your doors and windows, and keeping your garage closed. However, this is not always enough.

You should also make sure to change your garage and door codes (if you have them) at least once every 6 months to a year. This is something that many people will often forget. Many families will keep the same garage code for 15 years. It is also important to make sure that the code, like your computer passwords, isn’t too easy to guess. A code of 1-2-3-4 will be guessed by a determined burglar in a matter of seconds. 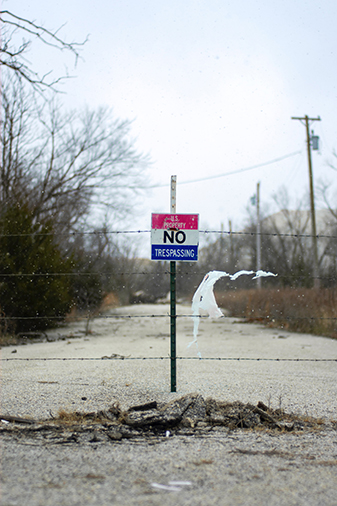 Another important thing to do is make sure that your address is clearly indicated on your home, mailbox, and curb (if allowed). This will help emergency personnel such as the police, ambulances, and firefighters to be able to identify your home. You would not want the law enforcement officers you called to approach the wrong home, and time is of the essence for both them and you, so clearly marking your home can be the difference between saving a life and catching the bad guy or enabling him to escape.

If you are a renter, it may be prudent to keep some important items in a safety deposit box or another safe location. Unfortunately, apartments on the ground floor tend to be targeted by burglars because of the ease of entry and exit. Make sure to check with your landlord that the locks have been changed fairly recently, as unlawful entry can be committed by someone who has an old key to the apartment.

In addition to being mindful of the things listed above, you should also consider a home security system. These systems can notify both you and the police of any trouble in your home, and will allow you to sleep securely at night. 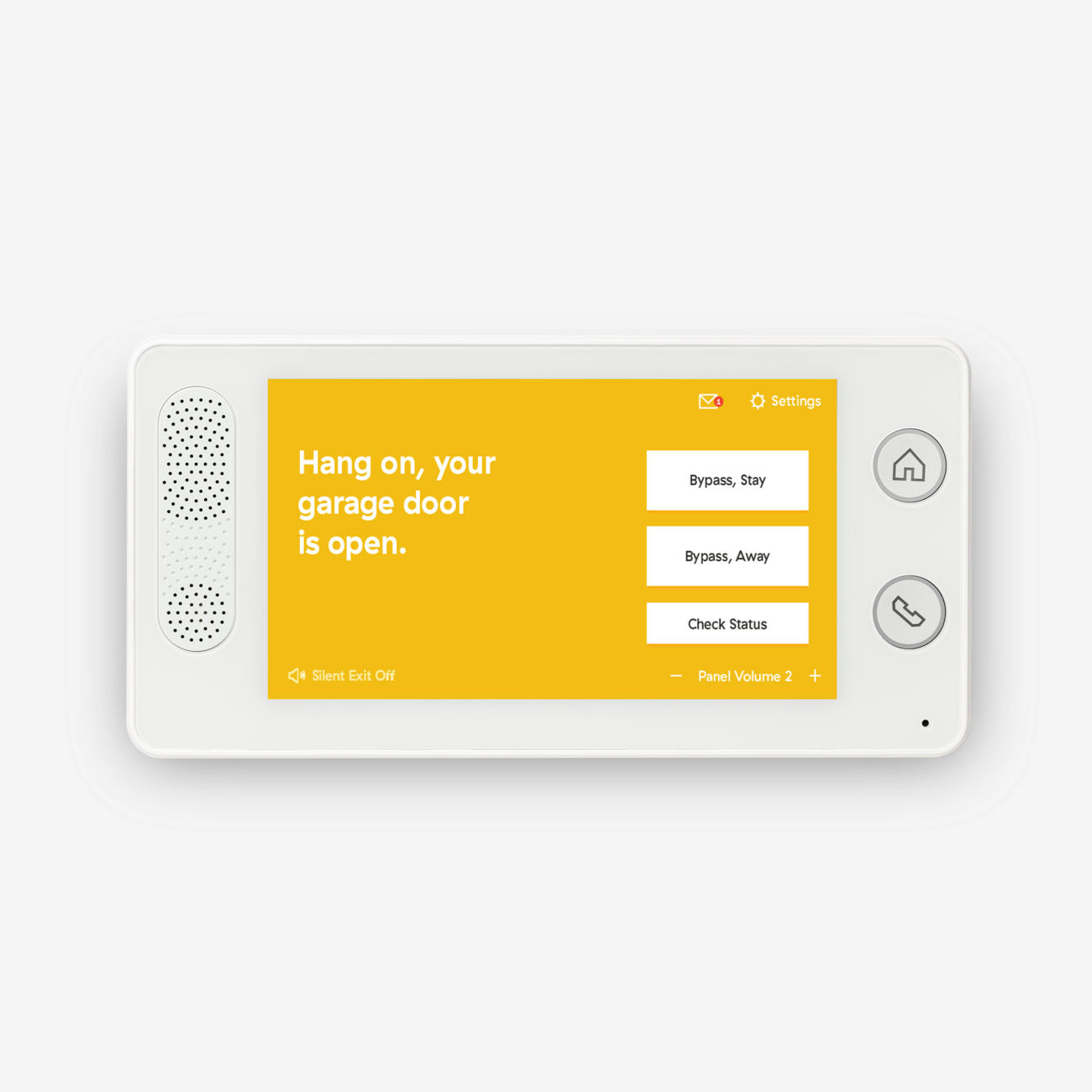 One of the key reasons that home security systems have become so popular is their ability to both prevent crimes, and notify homeowners, renters, and authorities of situations in which unlawful entry is occurring. Having even a minimal home security system installed has been proven to reduce your chances of unlawful entry occurring on your property.

At Cove, we offer several products and services that can help protect you and your house from burglars and trespassers, and we offer these products for a great price.

Cove’s systems are easy-to-install DIY systems, and consist of sensors, cameras, and motion detectors, with environmental monitoring offered as well. Here are some of the best products for preventing unlawful entry:

At the end of the day, crime is a reality. In 2016, almost 2 million burglaries were committed. As unfortunate as this is, you can protect yourself and your family. Cove is here to help you achieve the peace of mind you deserve.