6 Things You Need to Know about a Panic Alarm

When people think of home security, they usually envision devices that keep their homes safe when their house is empty. Security cameras catch footage of people who break and enter while you are away on vacation, motion detectors alert you when someone is in your home while you are at work, and home safes keep thieves from stealing your valuables while you are picking the kids up from school. But what do you do when you actually are home and in need of immediate help? What security device can help you then?

Panic alarm systems are a unique piece of home security because unlike cameras, motion detectors, and home safes, they are designed specifically to keep you safe while you are actually inside of your home. Since the US Department of Justice estimates that over one million home invasions take place each year, it is important now more than ever to do everything you can to keep you and your family safe in any emergency situation.

While you might not be familiar with panic alarms by name, chances are that you've seen them in use on TV during bank robbery scenes when someone pushes the big green button below the counter during a holdup to let the police know that they are being robbed. You may also be familiar with security key fobs, which have the ability to set off an alarm system with the push of a button. You might also recognize them from commercials advertising buttons that the elderly can wear to call for help in the event of a fall.

Panic alarms can be used in versatile situations, and they are an incredibly reliable type of technology, so let's take a look at six things you need to know if you are looking into getting a panic alarm. These devices are designed to increase your peace of mind and to keep you safe, so they are a great addition to any home security system.

Panic alarms quickly and efficiently alert the police to situations of duress. They are electronic security devices that make up one piece of an effective home security system.

Composed of a panic button and a communications system, panic alarms send a signal to emergency personnel once activated. They can be set to either blare a loud, intimidating alarm or to silently alert the police to your emergency in situations of duress. They tell the police about your emergencies without you having to physically call for help, which is especially useful in situations when it could be unsafe to call the police. Overall, they are a quick and efficient way to summon help.

2. How do Panic Alarms Work?

The two main components of a panic alarm⁠—the button and the communications system⁠—work together to contact emergency response personnel whenever the system is activated.

In order for the alarm in a panic alarm to sound, someone has to push the panic button. Panic buttons are specially designed to prevent accidental activation and come in a variety of customizable styles. Some of these styles include

Some more advanced buttons are even capable of holding different contacts, which allows you to use different codes to contact different authorities. One code could be used to signal the fire department while another code could be used to contact the police. Whatever the style of your panic button, it is important to be very familiar with how to activate it. Emergency situations are stressful, and people often rely on instinct when reacting to emergencies. Choosing a code you know by heart or a pattern that is easy for you to remember will save you precious time and anxiety in a real emergency.

Panic buttons can be either wired or wireless, and each type has its own pros and cons. Wireless panic alarm systems are generally preferred to wired for a number of reasons. For example, wireless buttons use short-range radio transmitters, which is the same technology used in garage door openers. This means that you can take them with you around the house and keep them on your person. Wireless systems are easier to install because you don't have to worry about getting wires hooked up to the right places, they are battery operated so they won't go down in a power outage, and can't be disabled with the snip of a wire like wired buttons can. 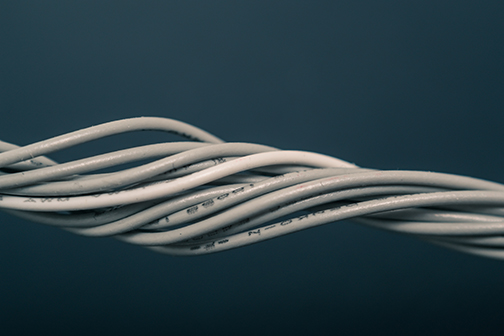 It is possible to set up a communications system that does not contact any emergency services, but this is an uncommon practice. People typically set up panic alarm systems with the intent of calling for help when an emergency situation arises.

3. What are the Different Kinds of Panic Alarms?

Siren panic alarms sound a loud alarm when they are activated. This loud alarm is a powerful deterrent for intruders. If you think about it, robbers or attackers won't be as eager to hang around when a blaring siren is alerting all of your neighbors that something is wrong. Most alarms will go off for about three minutes before shutting off unless they are manually disabled, which is more than enough time to scare an intruder off as your neighbors come over to find out if everything is okay.

One aspect of siren panic alarms that could be seen as either positive or negative is that most are designed to alert emergency personnel to call your house and see if you need help instead of immediately dispatching them to your house. If they were to call your home and you failed to answer, however, they would immediately send help to your location. House calls from the police or the fire department can get expensive, so this prevents you from spending unnecessary money if you don't actually need anyone to come by. 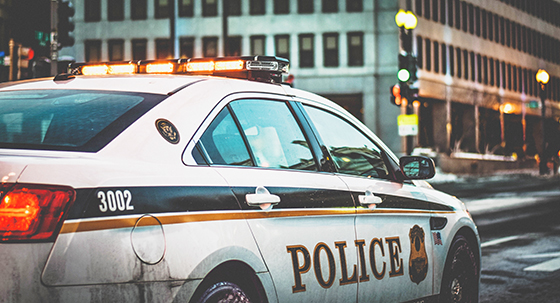 When you push the panic button on a silent panic alarm, the communications system will silently call the authorities instead of sounding a blaring alarm. Silent alarms are a useful way to subtly call for help without drawing unwanted attention. This style of alarm is most typically used in retail or bank settings when it could be dangerous for a teller to let a robber know that the authorities have been called. Silent alarms can, however, still be used in home security.

Silent panic alarms will always immediately dispatch emergency personnel to your location when the panic button is pushed. This makes silent alarm systems different than siren alarms, which might instruct the police to call you before making a house call. With the silent system, you know the police are coming but their arrival will be a surprise to your intruder.

It is important to test your panic button in the siren setting to make sure it works before setting it to silent. It is a good idea to troubleshoot any piece of home security that you get before you begin to use it, but it is especially important to do so when you plan on relying on that piece of equipment in an emergency situation. The faster you can alert the authorities that something is wrong, the sooner your emergency can be resolved. This is why it is so important to make sure that your panic button works before setting it to silent.

4. When Should You Use Your Panic Alarm?

Since panic alarms contact emergency personnel whenever they are activated, it is important to only use them in the event of a real emergency when you absolutely require assistance. Some of these situations include 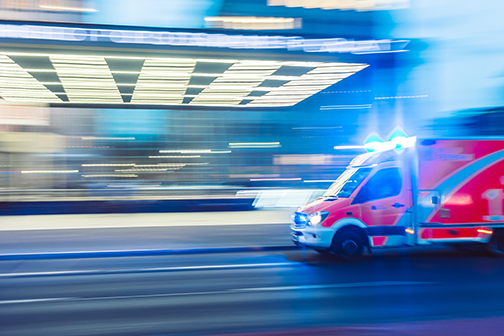 5. Where Should you Keep the Panic Buttons that Activate Your Panic Alarm?

A panic button is of no use to you if you can't get to it and alert the police that you are in need of help. For this reason, it is best to install panic buttons in concealed, memorable locations. You want to be able to get to your panic buttons easily and quickly, but you want to have them hidden so that an intruder can't see them and disable them. Some ideas for panic button placement include

Wherever you decide to install your panic buttons, make sure you are familiar with their locations and also familiar with how you would get to them in an emergency. If you live with others, tell your roommates or family where the buttons are located. And if you decide to install a panic button in your child's bedroom, take care to teach your child what the panic button is and how to use it. Make sure they know how important it is that they should only press the button in situations where there is a real emergency.

6. Who Should Have a Panic Alarm?

Panic alarms are useful for literally anyone. While we like to think of home as a safe place, the reality is that we cannot prevent bad things from happening in our homes. Panic alarms help people stay safe by making sure that the authorities are only a button's push away at all times. And you don't have to be a homeowner to have a panic alarm to keep you safe; they work in apartments and condos, too. If you are a renter, make sure that you discuss the panic alarm with your landlord before getting anything installed.

If you're looking for a panic alarm, try Cove. Cove offers portable alert buttons that can be programmed to alert the authorities in case of a medical or security emergency.