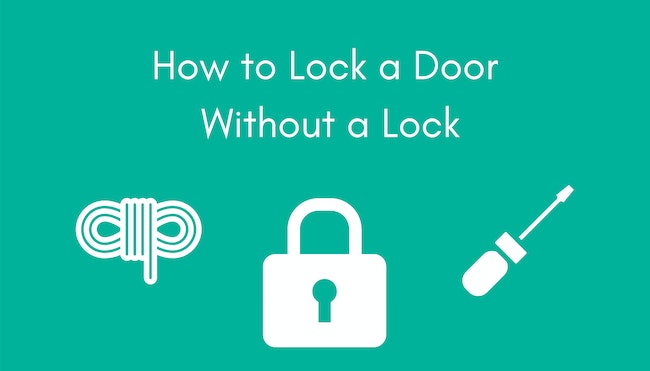 There are doors in every home that are lockless. They’re meant to be used as a door from one room to another and not as a security measure. Often, bedroom doors, closet doors, and pantry doors will not have locks. In some cases, however, you may want to lock the door. A locked bedroom door can give you more privacy, and help you to feel safer. This might be because you want more privacy, or you want to protect and secure something important behind the door. No matter the reason, locking the keyless door is easy, even without a lock. Just make sure that you have another way in and out of the now-locked door since the only way to unlock one of these locked doors is by unlocking it from the inside.

Now that you know why you might want to lock a lockless door, here are 5 easy tips and tricks that will lock a door within minutes.

1. Block the Door From the Inside 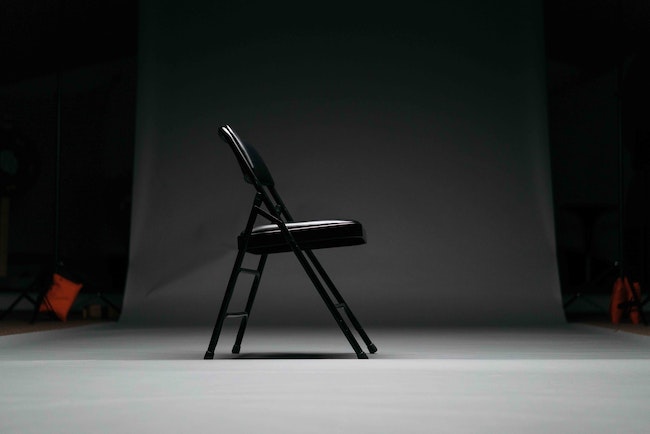 Another easy way to lock a door is by removing the handle. To describe this tactic briefly, a person can’t get into a room without using the door knob. If you remove the knob, the door won’t open. When a door handle turns, it retracts a latch. The latch is what closes a door and holds the door closed. When a door is locked, the lock is simply preventing the door handle from turning. If you are desperate to lock a door, then you can remove the knob on the outside of the door.

We do not recommend that you use this trick unless you’re desperate to have a locked door. Once you remove the handle, you will be locked in the room. If the door is the only way out, you’ll have to replace the handle to get back out. This could possibly put yourself in a dangerous situation if a disaster occurs. This means that no one will be able to get to you, and you won’t be able to get out. If you’re trying to lock the bathroom door for privacy in your family’s home, we don’t recommend using this option. Instead, try communication. For simple door locks, we recommend trying other door lock hacks before removing the door handle. 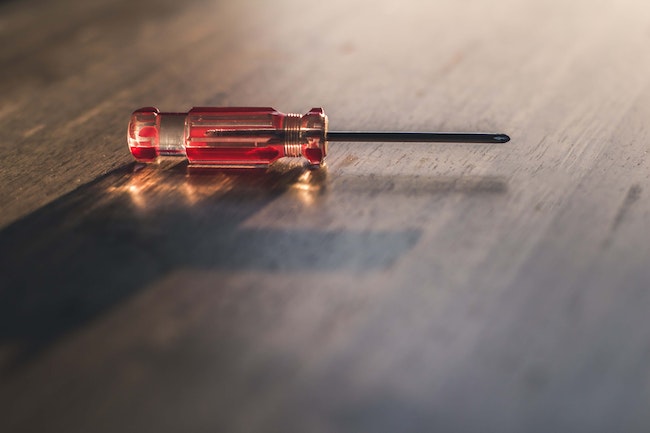 For double-handle doors, tie the two door handles together. You can do this with rope, string, zip ties, or even a shirt. When the two door handles are tied, the door will open at the same time. However, since the doors open at the same time, the tie between the handles will only allow the door to open a few inches. This type of lock works best of french doors and double doors.

With this trick, you can get creative. You can find other ways to anchor the door handle and prevent the door from opening, though it might take some innovation on your part.

A portable lock provides a temporary way to lock the door. The lock itself is completely portable and will move with you. The lock can be attached to the door in minutes and will also work to lock sliding doors, depending on the portable lock that you use. There are several types of portable door locks that you can use to secure a door.

The first type of door lock that you can use is called the Addalock. The Addalock is a branded portable door lock meant for doors without locks. It works by locking the handle of the door in place. Since the lock is portable, it can be used at hotels, AirBNBs, and while traveling. It adds additional security to any door, whether that door is in your home or while you’re traveling, and you want to feel safer. 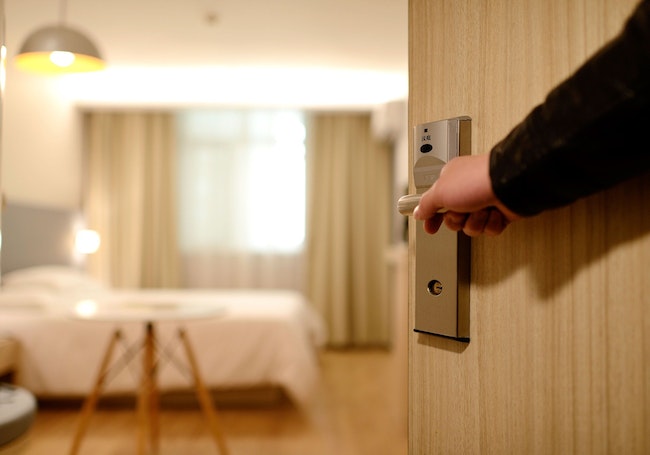 A door alarm “locks” a door in a different way than the other door locks. Instead, it prevents a person from entering a room because it sets off an alarm. The door alarm is installed on the door by connecting one part of the alarm to the door frame and the other to the door itself. When the door is closed, the two parts connect and create an electrical current. When the door is opened, the current is broken, and an alarm is triggered. Even if the intruder were to lock pick the door successfully, the alarm would still be triggered the moment the intruder opens the door.

If you’re worried about home intrusions, door alarms are one of the best ways to prevent someone from entering the house or a specific room. A study done by the University of North Carolina at Charlotte’s Department of Criminal Justice and Criminology determined that intruders are deterred most efficiently by alarms. Most burglars are good at lockpicking and are willing to shove through a door if needed. However, alarms scare burglars away because it alerts neighbors and local police authorities that something is wrong. So, although a door alarm doesn’t “lock” a door, it does provide the same safety benefits as a locked door. 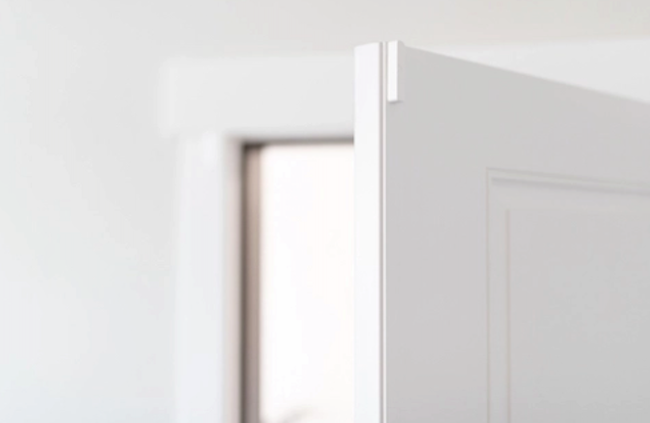 Safest Ways to Lock a Door

Now that you know how to lock a door, we think that it’s important to know the safest ways to secure the door. When it comes to door locks, not all locks are created equal. Some locks can be picked using a pin or quarter, while others are nearly impossible to break into. To have the best security for your home, you will need to ensure that your doors have the best locks.

If you’re looking for portable security, portable locks will always be your best option. In order to better secure your home, you should think more about what type of locks you use on your outside doors.

The safest door lock is a deadbolt. A deadbolt is able to withstand significant force, and it will be incredibly difficult for a burglar to break into a door that is locked with a deadbolt. The deadbolt has been tested and shown to be able to withstand 100 forceful kicks before it starts to degrade. That means that a burglar will have to forcibly pound the foot with their foot (or body slam) 100 times before the door begins to buckle under the weight.

Another effective lock to have on a door is the smart lock or smart deadbolt. A smart lock can be locked from your phone, meaning that you can control when the door is locked and when it opens. If the door is unlocked, you will get a notification. It’s best to get a smart lock that is actually a deadbolt lock to ensure that it has strength. Electronic locks, like the smart lock, help to ensure the safety of your front door. Smart locks may also come with a pin code or pin tumbler. This feature removes the need for a key, making the lock safer and more secure.

The last two locks that you can use on a door is the mortise lock or the latch bolt. Mortice locks are reliable and strong, meaning that they can be used on a variety of doors. However, we would recommend using deadbolt locks before a mortise lock because the mortise lock can be picked with a credit card or a simple set of lock picking tools (if the lock picker is experienced). The latch bolt adds additional safety and works as a second lock on any door. It is installed on the inside of the door and attached to the door frame using a chain. Although this is great as a second layer of security, it is not the best to use as your only door lock since the chain can be broken.

If you’re still desperate for a locked door that can’t be picked by a bobby pin, you can also use a door wedge or door jammer. If you’re trying to lock a sliding door, you can use a long piece of wood to stop the sliding door from moving.

Locking your door is an important step to feeling safer in your home. Locked doors deter criminals and can make you feel safer while you’re traveling. No matter your reason for wanting to lock your interior door, you should be entitled to that security and privacy. 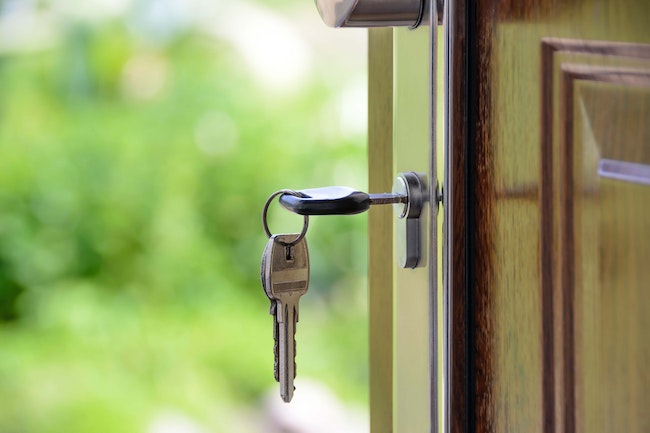 How to Fully Protect Your Home

Using a bedroom door lock or a door jam on an interior door can help protect the inside of your home from others who are already inside your home. But, how can you protect your home from those who are trying to get inside? Installing a door stop or door barricade on your front door isn’t an effective way to protect it.

You could also try installing a keyless lock with a key pin; however, this type of lock could still be kicked in. According to a survey done by an Idaho news station, burglars will sooner kick down the front door than break the glass on a window. The interviewed burglar specifically said, “I would kick in the door rather than break glass. Loud bangs are better than loud glass breaking, plus you run the risk of getting cut.” So, installing a keyless lock won’t stop the intruder from getting inside the home.

If your front door is a double door, you’re faced with a more difficult problem. A double door, or french door, is incredibly easy for burglars to open. All they have to do is apply enough force and the doors will buckle inward. So, how can you protect the doors of your home?

The first suggestion is to install a door alarm, which we mentioned earlier in this article. Door alarms are effective because they deter the burglar from entering the home. In KTVB’s survey, they asked 86 convicted burglars the question, “If a home alarm system went off, what would you do?” Most of the burglars responded that they would immediately leave the area. Staying in the area presented more risk than they were willing to take since all eyes in the neighborhood would turn in their direction.

Although many burglars choose to enter the house through the front, side, or back doors, many will resort to using windows, basement doors, and other sneaky ways to enter the house. Any exterior door or window could be used as a burglar entrance. In order to fully protect your home, you need more than a door alarm.

Homeowners can also protect their homes by physically changing the look and appearance of the home. There are several things that homeowners can do that will protect the home more than installing a locking mechanism on the door.

The most impactful thing that homeowners can do is to make it obvious that they have a home security system. Home security systems show that the home is protected. According to a study mentioned earlier The University of North Carolina at Charlotte, “indicators of increased security (alarm signs, alarms, dogs inside, and outdoor cameras or other surveillance equipment)” are one of the biggest deterrents to home intruders. Burglars don’t want to get caught and home security systems increase their chances of getting caught red handed. UNC Charlotte's study also confirmed three other statistics about burglars and home security systems:

Another way homeowners can discourage intruders is by giving the home the impression that somebody is there. You can do this by simply leaving the radio or TV on if you are leaving the home for a few hours. KTVB’s survey revealed that “most burglars feared someone might be home if they heard a radio or TV. They wouldn't break in.”