Are Residential and Commercial Security Systems the Same? | 2022

Often, security cameras and security systems, regardless of whether they’re meant for residential or commercial security, are put into the same category. It is assumed that the security requirements for businesses are the same as the security needs of a family. However, security systems meant for businesses are different from monitoring systems meant for homes. At first, it might not be obvious why the two are so different. However, to clarify the differences between commercial and residential security systems, we’ve created a guide to help homeowners and business owners understand what makes each system unique.

What is a Residential Security System?

First of all, let’s determine what counts as a residential security system. Nearly 60% of all burglaries happen in residential areas, meaning that homeowners have a need to protect themselves. Because it’s important to protect your home, the home monitoring system was invented. A home security system is meant to do two main things:

Home security acts as both your offense and your defense. With door alarms, window sensors, security cameras, smart door locks, and professional monitoring, your home is covered from floor to ceiling. Security systems can also do more than just protect your home. They can double as nanny cams or pet cameras. You can even use an indoor security camera as a baby monitor. With a wireless home monitoring system, you can move the indoor cameras from room to room whenever you want.

The purpose of a home security system is to give you complete security. Studies have shown that a majority of burglars enter homes through the front door of the house. Since homeowners are often trusting of their neighbors, they leave their doors unlocked. When the doors are unlocked, the burglar can literally walk into the house with no complications or barriers. A home security system, even if the door is left unlocked, creates a defense against burglars. Door alarms will alert the neighbors that something is wrong. If your monitoring system has professional monitoring, the alarm company will be able to call the police.

The most effective defense against a burglar is an alarm system. According to an Idaho news station who interviewed 86 burglars, burglars run when they hear that the alarm to a home security system has been triggered. One burglar said, "I would try and turn the alarm off or get the hell out of there.” If there’s no obvious way to turn off the system, a home intruder will run.

In short, a residential monitoring service is meant to protect the property of the homeowner. 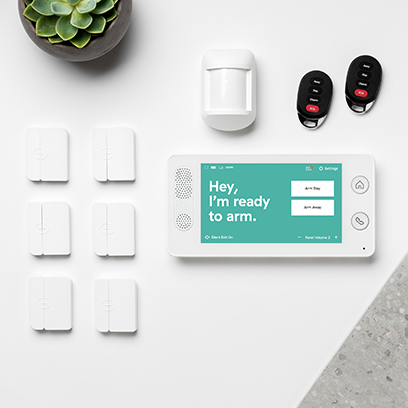 What is a Commercial Security System?

First of all, commercial security systems are complicated. A home security service is meant to be watched and monitored by only a few people, and only a select few individuals will have access to the video footage and alarm monitoring. Because of that, the entire home security service can be monitored by a mobile device. However, depending on the size of the commercial building, a commercial monitoring system might demand several full-time employees to watch a constant stream of footage. The team will need access to control stations and security cameras through a high-tech monitoring booth and monitoring center.

Commercial security systems require systems to be recording every moment and have vast storage capacities. Typically, commercial systems will need over ten cameras operating in sync at all times. Because it would overwhelm a wireless network to support such a large number of surveillance cameras, most commercial systems must be hardwired. Additionally, commercial systems rarely use motion detection (something that is commonly used in residential camera systems). Commercial monitoring services must include integrated security to avoid overloading the system.

Commercial buildings also have more areas to cover. Property managers will need to physically walk around the building and assess possible entry points. Many businesses have more than a front door and a back door (like a residential home). They have multiple access points that can prove to be security risks. Security solutions for a commercial building mean protecting every access point, including windows and parking access. Alarm systems for commercial security need to be complex and advanced. Commercial buildings require more than door and window alarms.

Residential areas also have options that boost their safety. With programs like the neighborhood watch program, residential areas can rely on neighbors to help protect the community. On the other hand, commercial buildings are unable to rely on other sources of protection, aside from their security surveillance systems. Unless the commercial business is able to hire a nighttime security guard, it’s important that the monitoring system is able to completely cover their security requirements.

Because commercial businesses have different security needs, a home security system would not be able to provide them with the security monitoring that the commercial building needs (depending on the size of the business). 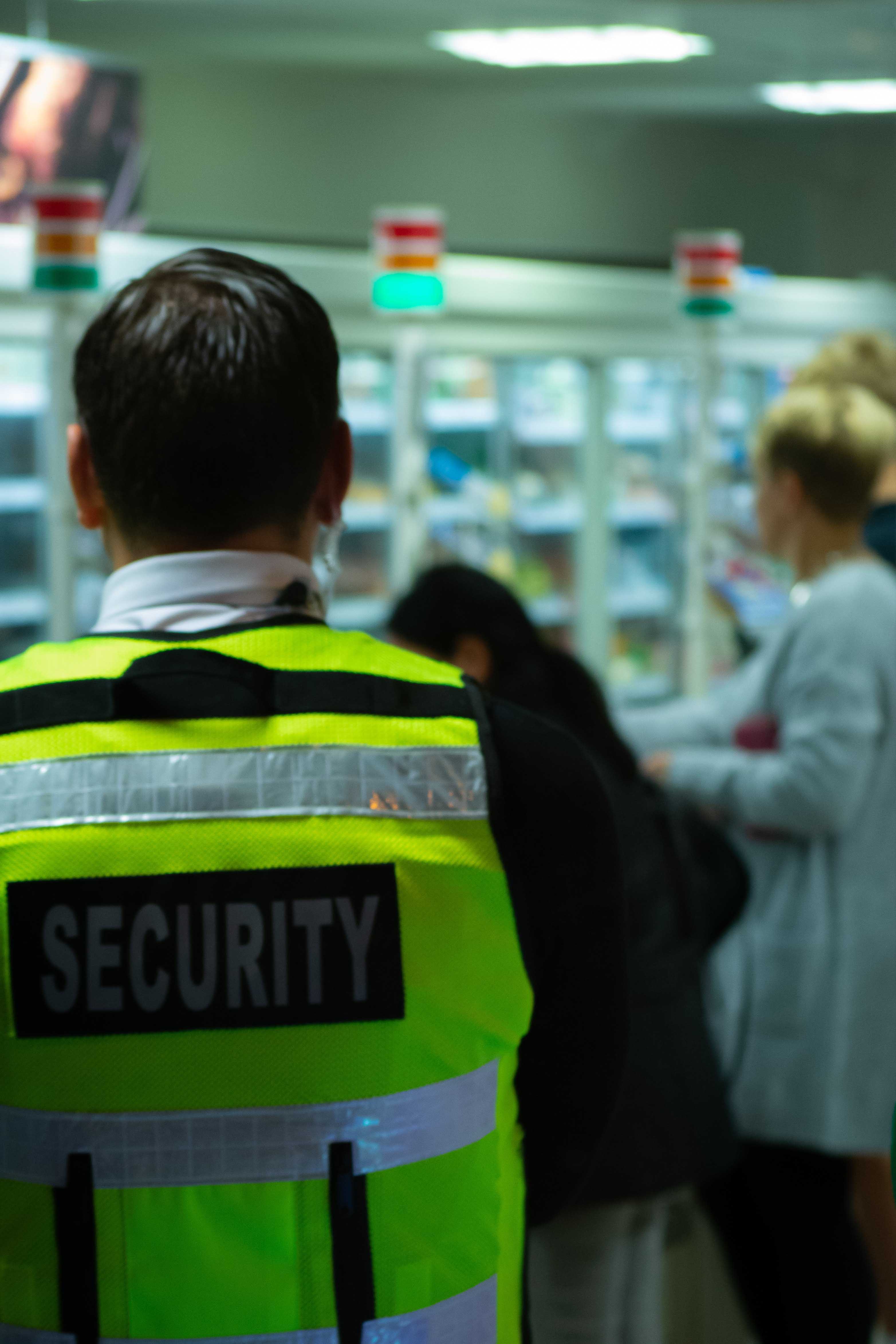 In terms of a general home security system, there are no laws that restrict the placement of home alarms on a person’s personal property. Window alarms, door alarms, and other surveillance devices can be placed anywhere on the property. However, there is one device that will face certain restrictions—video surveillance cameras. Cameras, since they record both audio and video, have restrictions on where they can be installed inside of a home. In short, the cameras can be placed anywhere in the home as long as the placement does not interfere with another person’s right to privacy.

According to California state privacy laws, the placement of a security camera is offensive if: The camera is an intrusion of one’s privacy The camera is installed in a location where a person reasonably expects to have privacy The locations that would potentially violate privacy laws include bathrooms, changing rooms, and bedrooms. Of course, this doesn’t mean that you can’t put up an indoor security camera in your young child’s bedroom. However, it could violate privacy laws if the camera was found in a teenager’s room or in a guest room. The difference is the level of protection that the parent has over the individual and the individual’s right to feel uncomfortable by the presence of a camera. If the person feels (or would feel) uncomfortable to know that there is a camera in a private location, the camera should not be installed in that location.

In February 2020, a nanny was surprised and disgusted when she found a hidden camera in the family’s bathroom. She notes in her interview that she had showered in the home many times since she had been the children’s nanny for over a year. She felt that her privacy and trust had been violated. Although the story is still under investigation, the nanny is suing the family for violation of privacy, unlawful surveillance, and harassment.

Additionally, you should not place cameras to record a neighbor’s property. If a neighbor feels uncomfortable by your camera placement, they can ask you to relocate your cameras, especially if you’re able to see the inside of their home with your camera.

The placement of security cameras in a home needs to be tasteful. Cameras are allowed to be placed in family rooms, living rooms, kitchens, dining rooms, and any other “public” room in the house. However, as soon as the door has a lock on it, placing cameras can become tricky. To be safe, do not place security cameras in bedrooms or bathrooms. 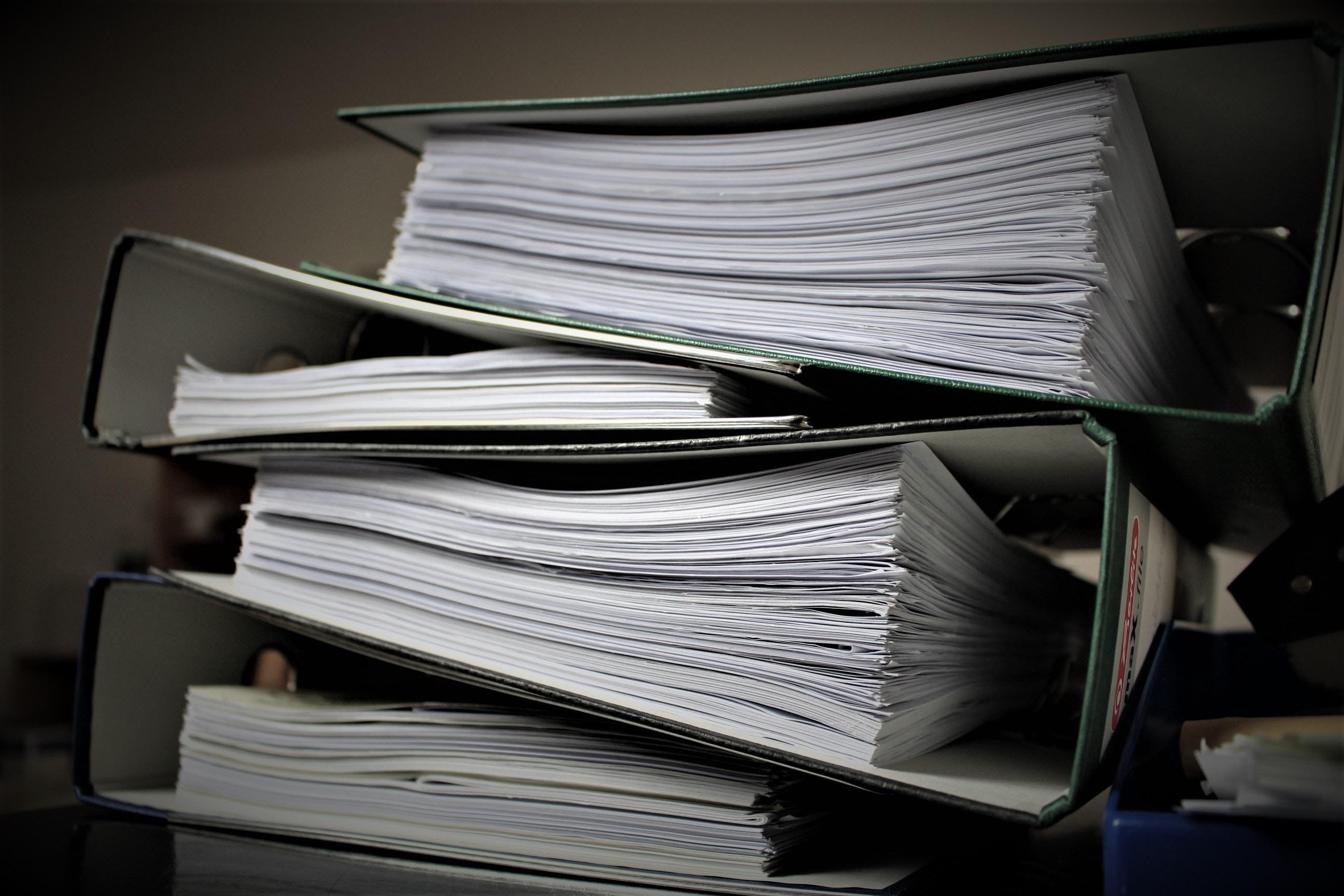 Commercial security laws are more strict than home security laws. However, the placement of security cameras follows the same rules as a home monitoring camera. Cameras should not be placed in areas where an individual can reasonably expect to have privacy. These locations include (but are not limited to):

For most states, the placement of surveillance cameras in lounges, work rooms, offices, and other more public locations is acceptable. Companies can also place security cameras around the anterior of the business. Cameras can be used in parking lots, parking garages, and anywhere else on the company property. Security systems are meant to protect the business; because of that, state laws try to stay flexible when it comes to placing cameras in order to allow businesses the right to protect their property.

On March 3, 2020, a hidden camera was found in an employee bathroom. According to the news report, the camera was “disguised as a Command coat hook, and was found pointing at the toilet inside the downtown business’s only employee bathroom.” The police are currently looking for clues to find who placed the hidden camera since the bathroom was only available to employees. The placement of the hidden camera inside a bathroom is a direct violation of federal privacy laws. This situation was extremely similar to the situation that we shared previously because privacy laws are the same for both businesses and homes.

One of the main differences between the placement of security cameras in the home and at work is the laws surrounding audio. For the most part, both video and audio can be recorded in non-private locations in a home and on the property. For a business, the laws are different. Audio cannot be recorded in a business without the consent of each individual whose conversation may be recorded. According to the Federal Wiretap Act, hidden cameras are allowed in a place of business (in public areas); however, the recording of audio by a hidden camera is illegal.

According to federal law, in order to record audio in a work-related conversation, at least one person involved in the conversation must consent to have the conversation recorded. This law is summarized by Matthiesen, Wickert & Lehrer, S.C.; the company clarifies that recording audio is legal when “one party consents to it after having full knowledge and notice that the conversation will be recorded.” Essentially, do not use audio monitoring cameras without permission in the workplace. 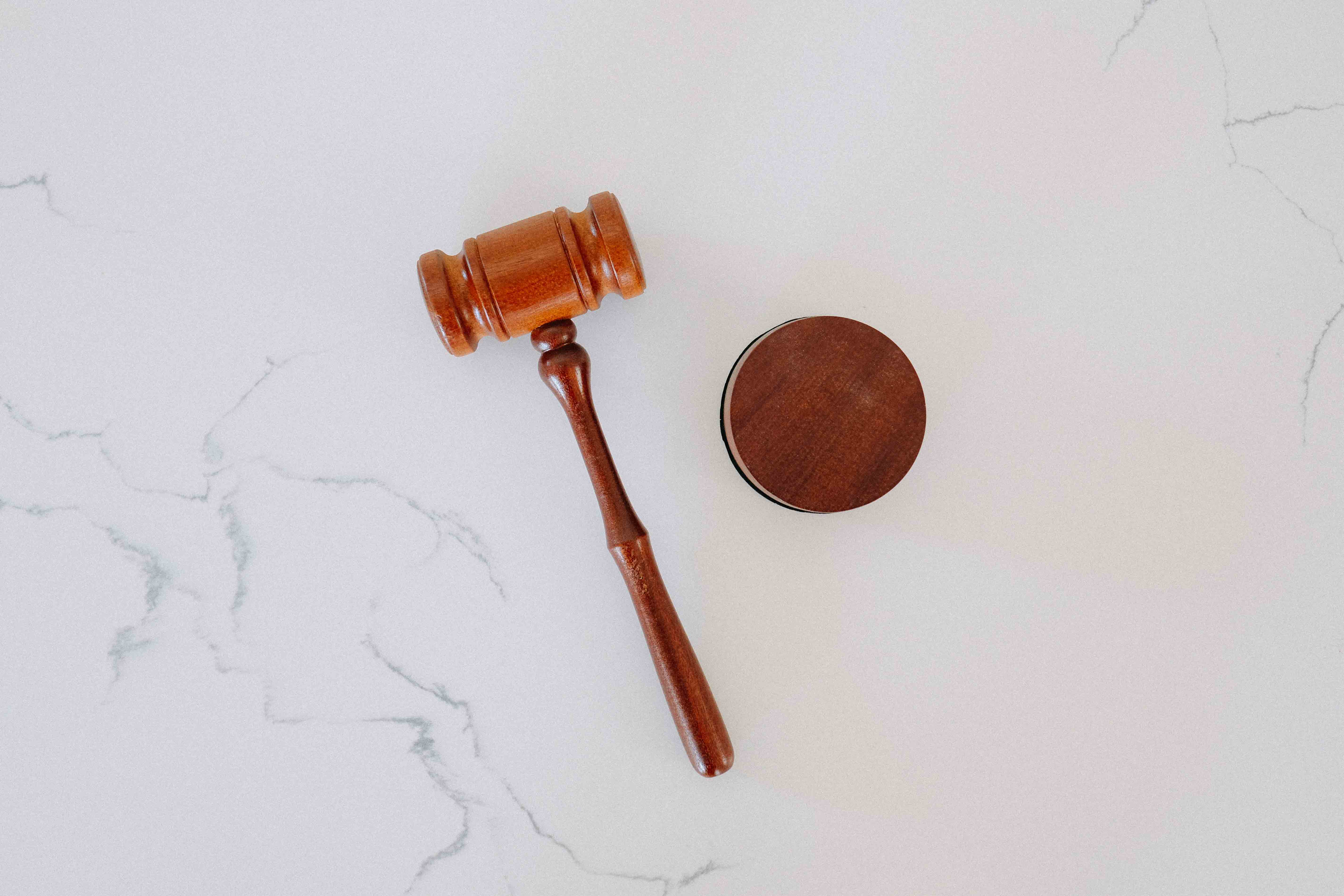 Can You Use a Home Security System in a Business?


Here are some features of home security systems that can be easily used to protect a small business: 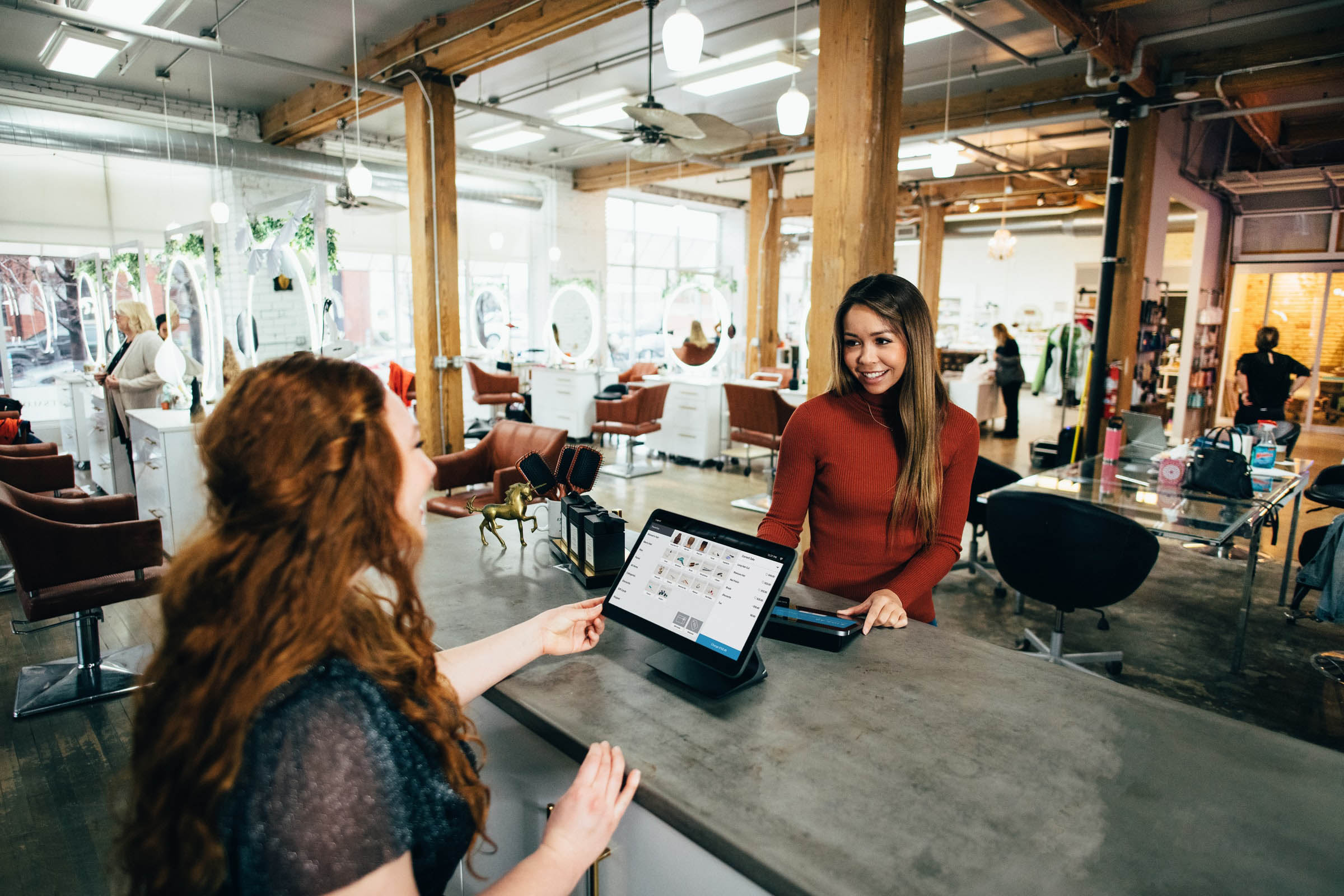 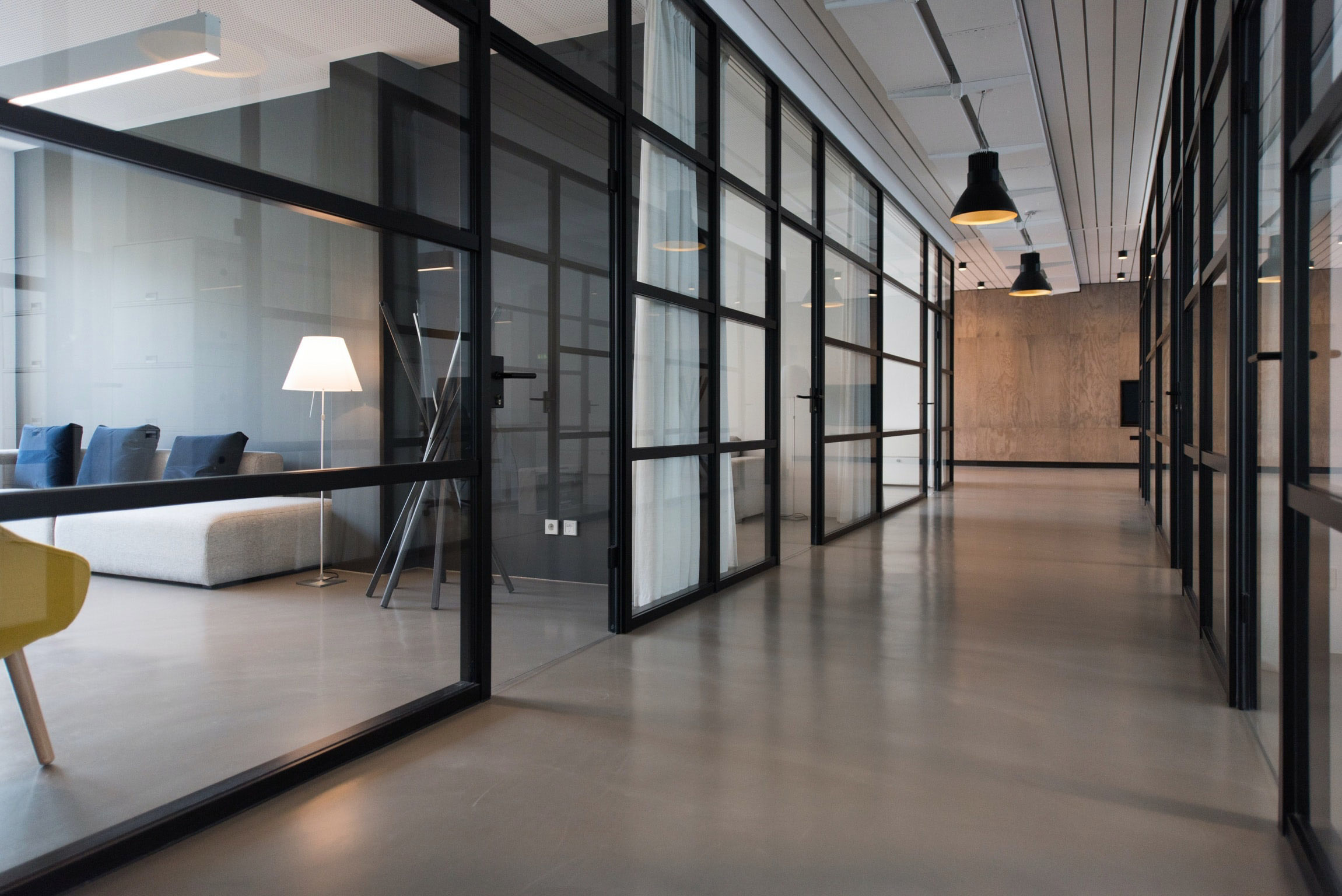 Like we mentioned earlier, small businesses can easily use a residential security system to meet their security needs. One of the best systems that a small business can use is Cove Security. Cove offers a variety of tools that ensures that your home or small business stays protected no matter what.

One reason Cove Security works for small businesses is that Cove is inexpensive. With Cove, you will have access to eight indoor security cameras, door alarms, window sensors, and other smart security products for 15 dollars a month. Here at Cove, we prioritize our customers, taking the time to get to know your needs. For most small businesses, two or three security cameras will perfectly cover the space in the building.

Additionally, Cove offers professional monitoring, ensuring that your business is protected at all times. The moment that an alarm is triggered inside the business, Cove will alert the local authorities to better protect your belongings. Cove also offers a 60-day trial period with no contracts and no fees. This ensures that you can try out the system before committing to it. Cove understands what it’s like to be a small business and does its best to make small business owners feel safe and protected.